A CASH PRICE FOR A LIFE LOST

It's in the news that the family of late Ifeanyi Okereke, the newspaper vendor killed by an aide attached to the Speaker of the House of Representatives, Femi Gbajabiamila, have demanded a compensation from the speaker. The family came up with a letter through their attorney 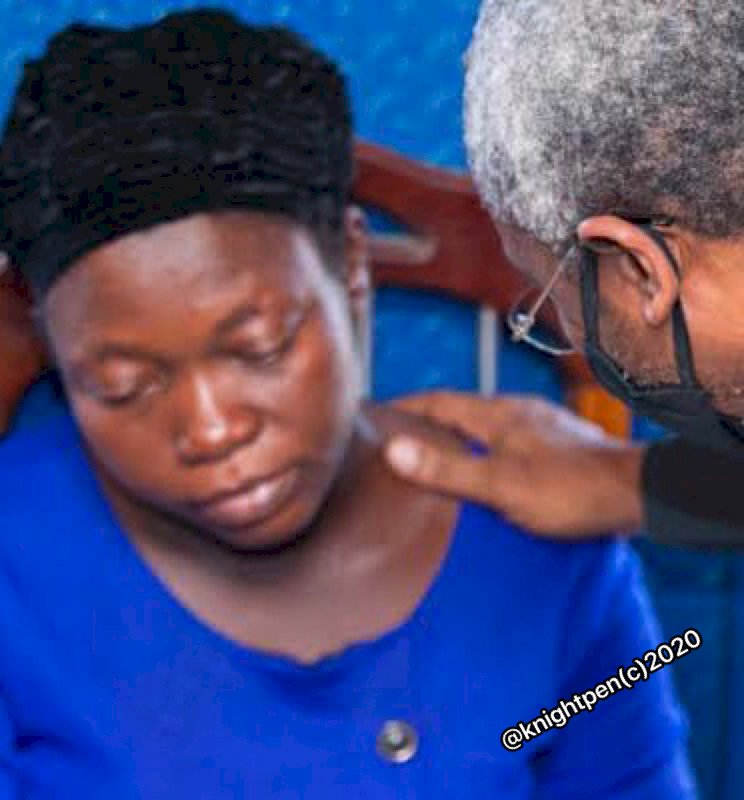 It's in the news that the family of late Ifeanyi Okereke, the newspaper vendor killed by an aide attached to the Speaker of the House of Representatives, Femi Gbajabiamila, have demanded a compensation from the speaker. The family came up with a letter through their attorney Mike Ozekhome (SAN) to adequately demand for two major things. First is the prosecution of the DSS Officer, (Abdullahi Hassan) whose sporadic stray bullet klled the vendor Ifeanyi Okereke.

The second demand which seems to be the mostly emphasized point is the compensation of #500M by the speaker, Femi Gbajabiamila to the Okereke family. Now what's exactly the right amount for life? With his demand which look to be either ridiculous or cheaply priced, depending on f your point of view. The attorney further gave an ultimatum for the demand to be met, the letter stated

“Take note therefore that it is our clients’ firm instruction that in the event that you fail, refuse and/or neglect to accede to or proffer reasonable compensatory terms to our above modest demands within seven days from the date of this letter, we shall without any further correspondences from us, take appropriate legal steps to enforce our clients’ constitutional rights” the letter stated.

Now that the demand is made, doesn't really compensate for lives, we know the family will be in so much hardship and agony and pain, but will monetary compensation be resolved to, does it really justifies the essence of live, we know a lot of people will say it's not for such purpose, but lest face it, as much as it's sought after for compensation for lost of life's, it's what it's.

Afterall, the speaker have made a promise, why not hold him by his words, he promised to take care of the family with scholarship, in the end, it seems anyone advising the family might be doing a terrible job, after all he didn't order the shooting and the aide that killed Ifeanyi is already facing criminal charges, in the end, no amount of money can bring Ifeanyi back Femi already promised and he must fulfill