A READ ABOUT A KINGDOM OF WOMEN IN REMOTE CHINA

A kingdom of woman in remote China which boast a population of about 50,000 people is the last of the matrilineal society in the world 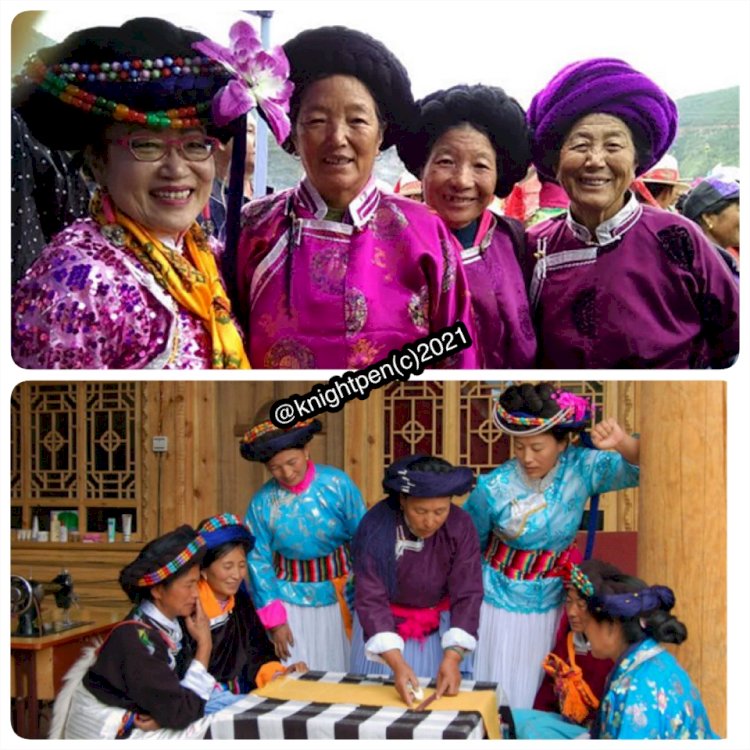 There's a community of women in  China who took a oath against marriage; “I will never get married, my generation do not get married.” Often called the “Kingdom of Daughters,” the Mosuo tribe is China's last matriarchy society where women reign. The new study of Mosuo communities in China suggests having a woman head the household may benefit the health of other women and girls in that home.

Althpugh Men and women have occasional nightly encounters when they want to be together, without obligation or prejudice. The hat of a man hanging on the handle of the door to a woman’s room is a sign telling other men not to enter. These encounters can range from one night to exclusive lifetime partnerships that may or may not result in pregnancy, but couples never live together or formally marry.

The Mosuo are only about 50,000 people and are often called the "girl kingdom" as their society is matrilineal. That culture of gender equality means that there is no competitive gap between them and their ethnic or classmates. It also shows how women community lives in peace love and harmony without the dominance and vagruances of the male golks.

It's the only China's Mosuo tribe, one of the last remaining matriarchal societies in the world. It took three planes from New York and a long drive to get to a remote part of China known as “the Kingdom of Women”. Having an inside look at a place where marriage is unnecessary and women have the power. How wondrous to realize a community of women in this world who don't understand domestic violence and rape, where there's no word for rape and make dominance

It's a super interesting realization since violence against women, rape etc are a social and cultural issue in patriarchal societies, I wonder what kind of social issues arise in a matriarchal society such as this one. But whatever the issue may arise, there's bound to be top level understanding in such a matrilineal society and as such as hell too a peaceful co-existence between them.

HOW TO RAISE START UP CAPITALFOR YOUR BUSINESS.

A VISIT TO KYRGYZSTAN