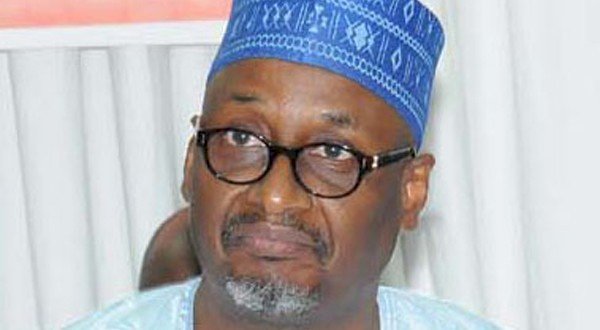 Reports reaching us indicate that Adamu Mu’azu, the national chairman of the Peoples Democratic Party (PDP) has resigned as the party’s chairman.

This comes after several bigwigs of the party blamed him for President Goodluck Jonathan’s defeat at the just concluded presidential poll and demanded his resignation.

In a report published by This day, his resignation took effect immediately.

However, a source, who spoke with Premium Times, revealed that the embattled chairman was advised by his close friends and associates to resign, at a meeting held on Tuesday night in Abuja.

According to Vanguard, a letter written by Muazu and addressed to the Deputy National Chairman, Prince Uche Secondus reads, “Due to the abysmal performance of the party during the March 28 Presidential election, it became imperative for him (Muazu) to go and for peace to reign in the PDP”.

In the letter, Muazu asked Secondus to step in as acting National Chairman in line with the party’s constitution.

Muazu’s resignation was envisaged after it was reported that the spokesperson of the PDP, Olisa Metuh, told reporters at the party’s head office in Abuja, to expect a “breaking news” briefing from him later in the day.

The National Working Committe (NWC) is currently holding a meeting at Wadata Plaza and Mr. Metuh, is expected to address the press after the meeting.

Reports also indicate that President Jonathan has asked the chairman of the PDP Board of Trustees (BoT), Chief Anthony Anenih, to step down from his office as the BOT chairman.

However, it’s still yet to be ascertained if Anenih, has accepted to resign or not.

The PDP crisis continued to soar as a result of Mu’azu’s failure to deliver victory at the just concluded 2015 general elections.

Several bigwigs of the party have blamed Mu’azu for the defeat, but the national chairman had repeatedly fired back at his critics that he would not resign despite the pressure being mounted on him to do so.

However, the pressure continued to aggravate and it is believed that, his reason to finally let go the position is not unconnected with the persistent pressure.
source : Naij.com