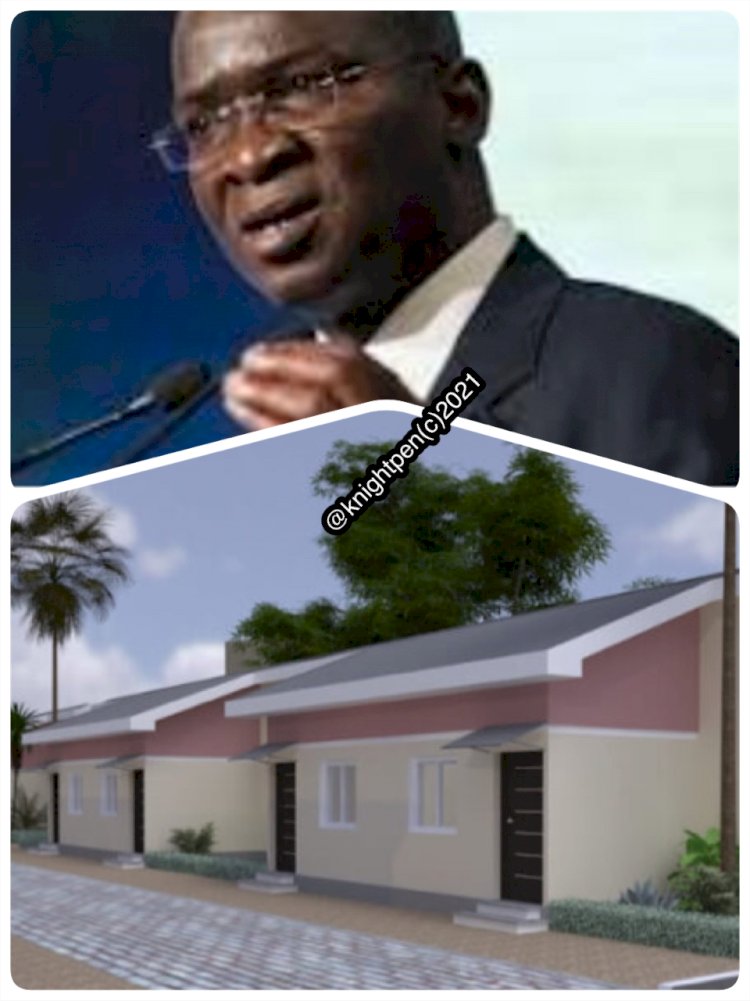 The minister of works and housing Babatunde Raji Fasola's affordable federal government housing scheme is turning to an unappreciative gesture afterall as his affordable ultrances meant another thing in retrospect.

The federal government launched its National Housing Programme (NHP) and created a portal for the sale of completed houses under the scheme in November, the idea was to address housing deficit in the country and ease the burden of acquiring homes for Nigerians at a very affordable rate.

Speaking in November 18 when he appeared before the senate committee on housing, Babatunde Fashola, minister of works and housing, said variation in prices according to states is as a result of the cost of building and topography.

The minister also said the cost of the structures range between “N7.2 million and about N16 million, depending on what a person wants”.

But instructions on their websites with prices of the available residences shows that a one-bedroom bungalow goes for N9,268,751, while the prices are the same across states where the property type is available.

Contradictions leading to the availability of the apartment sales may have hindered the main purpose of the housing scheme. A lot of Nigerians have reacted negatively to the "affordable tag" used in marketing the buildings.

DONALD TRUMPS FIRST POLITICAL APPEARANCE SINCE LEAVING OFFICE DID NOT...