We analyse the champions league game between Chelsea and Porto in Sevilla, Spain. 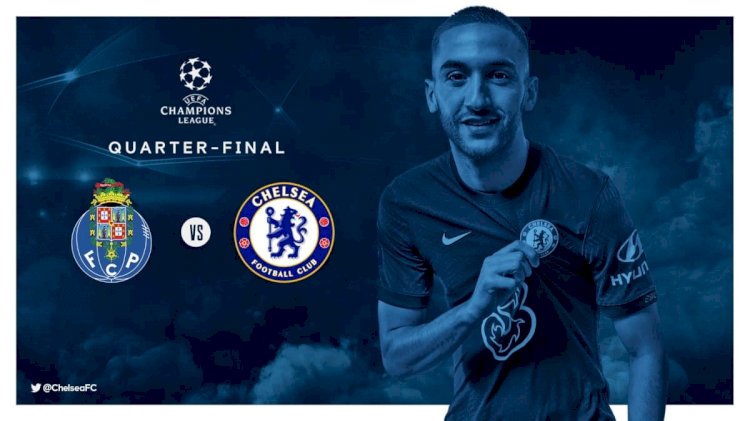 Porto have been performing admirably in Europe this season. After losing their first game to City 3-1 (where they stifled the Citizens with their organization), Porto kept clean sheets in all 5 of their next group games, before knocking out Juventus with two superb performances. In formation, Sergio Concieção usually prefers a narrow 4-4-2, but don't be surprised to see a change in the absence of two key players in Taremi and Oliveira. The defensive line varies from medium to high; all three lines compress out of possession to deny space to play through.

While the intense press is an asset to Porto, teams able to pass through pressure often find Porto struggling to get back into shape after their press. Against Olympiakos, they find an incredible opening purely due to Porto's failed high press. In the CL this season, Porto have not finished with more possession than their opponents. They absorb pressure before springing quick counters in multiple ways. The first is going long to Marega who pulls the defence line high. This allows Diaz to make a run in behind.

Pepe's tendency to step high offers enough opportunities to exploit. With a medium to defensive line on offer, Werner could be asked to use this space as an advantage. Porto's narrow and high line is an advantage for Chelsea. Whether a back 4 or back 5, Porto tend to stay narrow to prevent the opposition from making inroads through the center. This tends to leave wide spaces on the flanks, which can be exploited in a variety of ways, Manchester City displayed a few.

Although suspended for the first leg, Oliveira is easily their most dangerous threat. Oliveira comes alive in the attacking third, finding space between lines before creating or finishing.

It will be interesting to see how the two team comes up with the game in the end.

CHARLES OLIVEIRA IS THE NEW LIGHTWEIGHT KING OF THE UFC

THE OONI OF IFE ON A MISSION FOR YOUTH EMPOWERMENT

DEADLY POLITICS IN A COVID-19 ERA

HOW TO GUIDE YOUR HABIT FOR A GOOD STANDARD OF LIVING