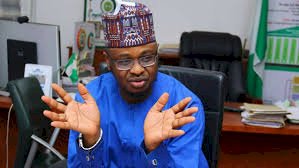 The Academic Staff Union of Universities (ASUU) has rejected the report submitted by a committee in its Owerri, Imo State zone, on the appointment of Nigeria’s minister of communications and digital economy, Isa Ibrahim, popularly known as Pantami, as a professor of cybersecurity by the management of the Federal University of Technology, Owerri (FUTO).

The union’s president, Emmanuel Osodeke, a professor, while addressing journalists in Abuja on Monday at the end of its two-day meeting of the National Executive Council, said ”there are many unanswered questions on Mr Ibrahim’s professorship’. He also said the public should await its verdict at the end of the probe by another panel it had already set up.

He said; “ASUU NEC members, like many other concerned Nigerians, did not accept the report of the ASUU FUTO congress. There are serious doubts and unanswered questions bordering on the qualification of Dr. Isa Ali Ibrahim (Pantami) for the position. The FUTO Branch Committee’s report failed to justify Dr. Isah Ali Ibrahim’s (Pantami’s) appointment to professor on the bases of requisite experience, professional suitability and antecedents at the Abubakar Tafawa Balewa (ATBU).”

ASUU called on the management of Nigerian universities and other academic institutions to join in its efforts to safeguard what it called the waning image of Nigeria’s university system, saying the vice-chancellors “have no business trading honorary degrees and academic positions for personal and immediate gains.”

ASUU said doing so will continue to smear “the collective integrity of committed scholars and other patriots who are working day and night to uplift the system that produced them.”

The union said even when the congress of its FUTO branch had endorsed the appointment of Mr Ibrahim as a professor, the secretary of the committee it set up had made a u-turn to reject the verdict, giving a dissenting report.

WHY ONLY TWO NIGERIANS WON AT MOBO AWARDS