The governor said the verification exercise was meant to sanitize the civil service by removing phony employees from the payrolls but people who are against it staged protests in Shani. 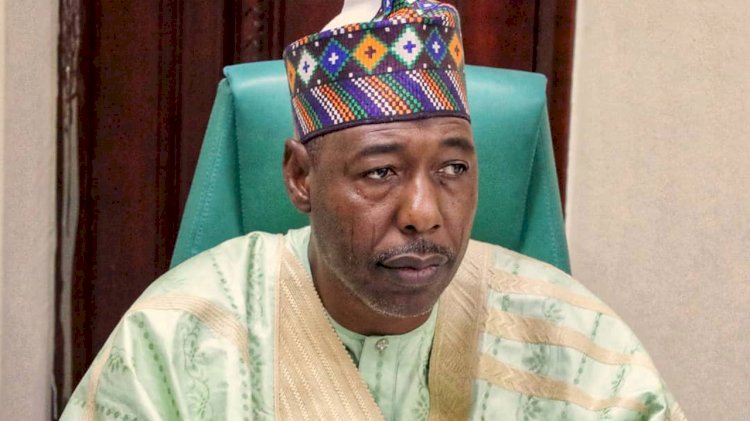 Governor Babagana Zulum of Borno State has stated that an employee verification exercise uncovered names of babies in the payroll of Shani Local Government Area.

The monthly salaries and allowances paid to fake employees including the babies were reportedly siphoned by corrupt officials. Zulum disclosed this at the Menwara Cultural Festival in Shani Town on Saturday.

The governor said the verification exercise was meant to sanitize the civil service by removing phony employees from the payrolls but people who are against it staged protests in Shani.

“Let me inform you that in the end of the verification exercise, names of babies were found in the payrolls while N19 million was paid to fake employees in Shani Local Government Area monthly. It was discovered that one family alone has 300 fake employees and if this trend continues, I am afraid, Shani LGA may not be able to pay the monthly salaries of its employees, in the future,” the governor said.

He said he had held a meeting with the Emir of Shani, Alhaji Muhammad Nasiru Mailafiya and other stakeholders over the protest and directed the Commissioner of Local Government and Emirate Affairs, Sugum Mai Mele to verify the exercise and reenlist employees with genuine certificates and those erroneously dismissed from service.

NIGERIAN AIR FORCE TAKES DELIVERY OF THE SUPER TUCANO AIRCRAFT FROM THE...

READ ABOUT THE BENEFITS OF BANANA FLOWERS

FAYEMI MADE HIS INTENTIONS KNOWN FOR 2023 PRESIDENTIAL ELECTIONS

HOW NOT TO WAGE A WINABLE WAR AGAINST INSURGENCIES