SKEPTICISM ON THE MAN IN ASO ROCK

Ever since the president got back from his health trip in the UK about four years ago, he has never be the same, with his body language not in compliant to the Buhari we know, Nigerians are skeptical if the man in the Villa is really the president we voted for. 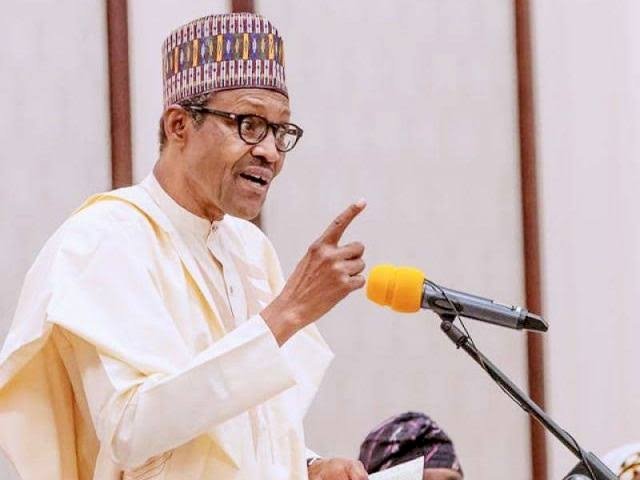 Presently, the entire nation is riden with a telling question, who is the man in Aso Rock?, ever since President Buhari came back from his health trip over four years ago, he has not remain the same, also coming from different angle there's tons of differential opinions one can point at in the presidents body language, carriage and atittude to work and interests to the Nigerian cause, he just didn't seems like him at all,

The renowned Biafra agitator Mazi Nnamdi Kanu on his interview with Dele Momodu the ovation guy was willing to stake his Biafra agitation on the admission that the man in the Aso Rock isn't buhari, he asked Buhari to come out in public to address the Nigerian youth and even address them in Fufude which is his mother's tongue, if he (buhari) can do so, he will renounce his Biafra agitation and surrender himself to any authority in this world to do to him whatever it pleases or desire.

For someone to make such claims seems he must be sure of what he's saying, although one might ask him to come up with more evidence to back up his claims, he said Buhari is long dead and buried in Dubai, how accurate the guy can be seems scary and the lingering doubt was made menacingly clear with the #EndSARS struggle, the way he addresses the issue shows either we are dealing with a president who's brain damaged or a replacement of the Buhari we knew in the past,

Another scary detail is that since he's back from his healthcare trip from the UK, he has limits his foreign trips and only step out of Aso Rock on crucial and important task that cannot be sidelined, days like the celebration of the country's independent at the eagle square, whatever he needs to do are done in the state house, his rapour and relationship with people haven't remained the same, he has so much distance himself from close allies and relationship with everyone has been limited to a distance embrace, his wife and kids aren't living with him anymore in the Aso villa according to a claim from a reliable source, what are we dealing with and n Nigeria if all these claims is or was true?.

The reality dawning on Nigerian now is the wait till 2023 which seems like a long way out, the political implications is that the country is sitting on a gallon of gun powder waiting to explode at anytime. Hopefully, the country will still be a country come 2023.

6 NEW THINGS TO EXPECT IN THE NEW YEAR

6IX CRUDE REALITIES OF BEEN A TEACHER