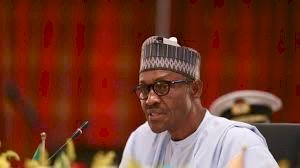 Nigeria’s President Muhammadu Buhari on Thursday called for an end to “unruly behaviour” in the country, saying progress could not happen without a change in citizens’ attitudes.

The call, made in his first Independence Day address as civilian president, will likely remind some of his time as military ruler in the 1980s, when he cracked down on so-called “indiscipline”.

Then, civil servants were made to do star jumps if they were late for work, orderly queueing was enforced, while traders selling goods at above agreed rates were punished.

Buhari, elected in March on an agenda for “change”, has been at pains to stress there will be no return to the past, despite claims to the contrary by his political opponents that old habits die hard.

In a brief televised address to the nation on Independent day, he said: “Change does not just happen. You and I and all of us must appreciate that we all have our part to play if we want to bring change about.

“To bring about change, we must change ourselves by being law-abiding citizens.”

“As I said in my inaugural speech, I bear no ill will against anyone on past events.

Nobody should fear anything from me. We are not after anyone. People should only fear the consequences of their actions. I hereby invite everyone, whatever his or her political view is to join me in working for the nation.

ALTERING YOUR TEETH IS LESS DEMANDING THAN YOU THINK