Bukola Saraki and The Senate Presidency –Featured Article by Bukola Ogunyemi (on omojuwa.com)

Bukola Saraki and The Senate Presidency –Featured Article by Bukola Ogunyemi (on omojuwa.com) 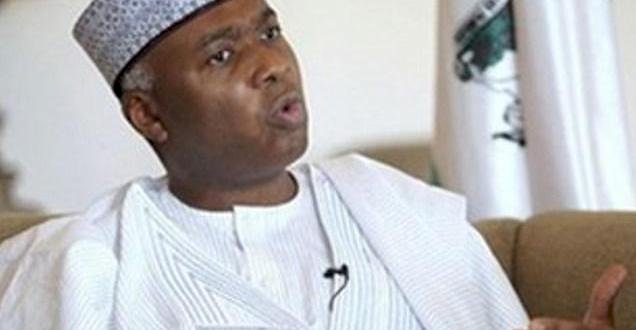 Since the dust settled on the March 28 political tsunami that ended PDP’s 16 year occupation of Aso Rock, Nigeria has been faced with the realities of an equally important change in the leadership of the National Assembly. For the first time in 8 years, a new Senate President is set to emerge after May 29. Going by Nigeria’s unwritten zoning formula, that office should be occupied by a Senator from the South-East or South-South. However, the two zones failed to align their representation with current political realities.

Muhammadu Buhari’s governance inheritance is not an enviable one. Nigeria’s oil-dependent economy is struggling to cope with dwindling oil revenue. This coupled with widespread corruption witnessed under the outgoing administration has resulted in high debts, depleted reserves, and a litany of uncompleted and abandoned capital projects. Government is struggling to pay salaries, the Naira is at its weakest, and there is insurgency to tackle in the North East. The people, quite rightly, want stable power, clean water, good roads, standard schools, functional hospitals and other basic amenities.

Serious reforms have to be implemented to correct the decay and rot in Nigeria’s soci0-economic and political landscape, and this makes the leadership of the National Assembly, and especially the Senate, very critical. Nigeria needs a Senate President who shares Buhari’s sentiments on corruption, social welfare, economic reforms and other key issues. Based on his sterling performance in the 7th Senate, especially in fighting corruption in the oil sector, pushing for people-oriented budgets, advocacy for a clean and green environment and clamour for transparency and accountability in governance, Bukola Saraki is the man for that crucial job.

What happened in Nigeria on March 28, 2015 is a revolution through the ballot, as the people rose against what is perhaps the most corrupt government in the nation’s history. The seed of this revolution however was sown in September 2011 when Senator Bukola Saraki sponsored a motion for transparency and accountability in fuel subsidy management. In that motion, Saraki opened the lid on how the Jonathan government had spent over N1.2 trillion on fuel subsidy payments as against the N240 billion budgeted in the 2011 Appropriation Bill. That singular act exposed what has become the biggest corruption case in the history of Nigeria.

In his presentation, Senator Saraki accused the Jonathan government of using the fuel subsidy scheme to endanger the economy and impoverish the Nigerian masses. The N1.2 trillion spent on petroleum subsidy as at that time was 14 times the 2011 capital budget for the power sector, 24 times education and health capital budget, and more alarming 4 times defence and security budget. That moment opened the eyes of all Nigerians to the monumental corruption and massive stealing going on in the oil sector, and how they were being short-changed by their own leaders.

“The matter before us goes to the root of our mandate – the reason for our being here, to protect the interest of our people and to ensure that their scarce resources are utilized efficiently. Presently, now how can a single item expense line budgeted for N240 billion increase to N1.5 trillion? Over N1.3 trillion above budget. How can we fund that? So all of us pledged to work for FGN to see this transformation of our country must defend and shout, this is anti-people. To keep quiet will amount to abetting this inefficiency.”

New Year’s Day of 2012, Mr Jonathan removed petroleum subsidy in an attempt to cover up the hole in the nation’s finances created by the fraud Saraki exposed. Armed with facts and figures, Nigerians trooped to the streets in protest, for two weeks, to demand not just for the reversal of that policy, but also for accountability and transparency in the nation’s oil sector. The subsidy was partially restored. Panels and committees were raised to look into the case, reports were discredited, nobody was punished. About N2.5 trillion was eventually spent on fuel subsidy that year, as against the budgeted figure of N240 billion.

As a member of the Senate Committee on Finance, Saraki raised the issue of dwindling oil revenue in 2014 and the need for government to proactively put measures in place to mitigate the effects of likely drop in crude oil prices. He explained that with foreign reserves depleted considerably from $58 billion in 2008 to $39 billion, the country might not be able to withstand the consequences of over 25% drop in revenues, as it did in 2008. He stated that this lack of foresight was bound to impact negatively on capital expenditure, leading to more poverty, unemployment and social imbalance.

“This is not the time to paint over the rust, discussions and the choices we make now must be based on economics not politics. There is no better time to give full disclosure of the state of the economy and tell the Nigerian people the truth. We have a problem on our hands but not one that cannot be surmounted with the right political will.”

He was right. Oil prices started crashing in late 2014, and the federal government was found wanting. In what was has been a lacklustre Senate, Saraki has exceled as a voice of reason, accountability, prudence and service to the people. In a 2012 interview with popular blogger Japheth Omojuwa, Saraki perhaps became the first Senator to agree that the N150 billion National Assembly budget is too much and signed up for a possible reduction in the salaries and allowance of all legislators.

Bukola Saraki sponsored the National Oil Spill Detection and Response Agency Amendment Bill 2012, as part of efforts at cleaning up the mess of extensive oil spill and the ensuing environmental degradation in the Niger Delta. Describing the level of degradation in Ogoniland as “unprintable, wicked and embarrassing,” he has been at the forefront of the struggle to make the Federal Government and Shell implement the recommendations of the United Nations Environment Program (UNEP). In his capacity as Chairman of Senate Committee on Environment & Ecology, he has championed other environmental issues such as the Lead Poisoning incident in Bagega, Zamfara State, which endangered the lives of over 1,500 children.

Senator Saraki gives a damn about the law. He has declared his assets before and after every political office held since 2003. This explains his support for with Buhari’s position that political office holders under the new administration must declare their assets. Moreover, as a lawmaker he knows this in itself is not enough to curb corruption and is canvassing for a comprehensive policy of transparency and accountability that will affect even the civil service. Saraki set Kwara on the path of economic prosperity through his agricultural policies during his time as Governor. The Shonga Farm Project initiated then now has capacity for 12 million broilers per annum, 10,000 frozen chicken per day and 50,000 litres of milk per day. The farm supplies chicken to fast food company KFC, raw milk to WAMCO, and bananas to retail giant ShopRite, providing employment for more than 3,000 indigenes of Kwara State.

A Senate led by Bukola Saraki means the calls for a slash in National Assembly budget and the jumbo pay of federal legislators will attract the attention of a listening ear and willing heart. Saraki as Senate President means greater accountability and transparency in the nation’s finances through better legislative oversight, a more thorough budget review and passage process, zero tolerance for corruption in the Senate, among other things. His presence on social media also means he will be accessible and in tune with the pulse of the nation on government policies and action.

If Nigeria is to return to the path of greatness, voting out a corrupt and irresponsible government as we have done on March 28 is only the first step out of a thousand. A step that should be followed by ensuring credible and capable men like Bukola Saraki lead an integral arm of government, like the Senate.

COMMENTS AND REACTIONS ON BITCOIN AS IT PLUNGE FURTHER INTO AN ALL TIME...