CHADWICK BOSEMAN REMAINS A WINNER EVEN IN DEATH 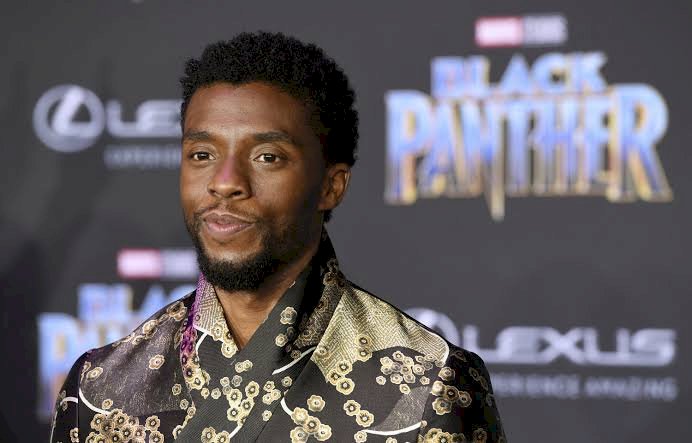 The late black panther legend Chadwick Boseman on Sunday won a posthumous Golden Globe award for the best actor in a drama for his poignant role in “Ma Rainey’s Black Bottom,” which comes just months after he died of cancer at age 43. The movie actor was battling cancer while delivering all his award wining work and he did brilliantly well by covering up his pain and facing work of art which later immortalize his legacies in the American movie industry popularly known as Hollywood

The award which was recieved by his wife who gave a moving speech almost move everyone in attendance to tears. The  award was given to him over his Riz Ahmed performance of (“Sound of Metal”), Anthony Hopkins (“The Father”), Gary Oldman (“Mank”) and Tahar Rahim (“The Mauritanian”).

Just like all other great men, even in death, his work continually win awards and position him in a more glorious light and recognitions, Boseman is one of the few American movie maker who can boast of intellectuals and original work that cut across national boundaries, believes, race and color and it's only normal that he continually be celebrated after his death.

BORN IN JUNE: WHAT DOES IT SAY ABOUT YOU

A THREAD- WHAT MAKES A LONG DISTANCE RELATIONSHIP WORK