As the Olympic Games enters it eight days, we reflects on the the highest medalists with participating in the tournament 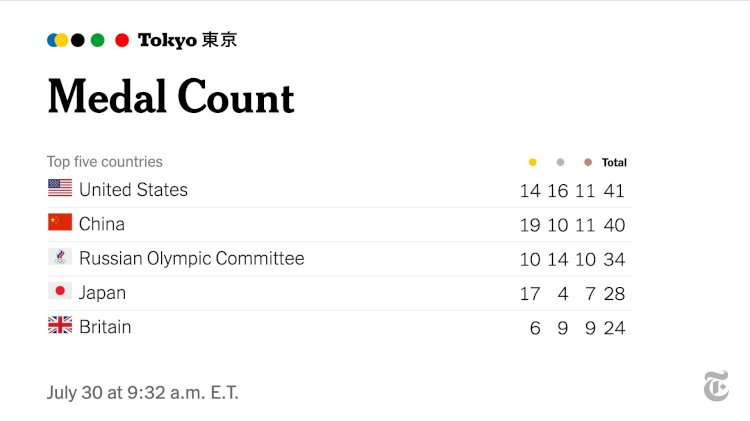 The United States top the highest realist in the #Tokyoolympics just after eight days into the tournament with a total of forty one medals. Fourteen gold, sixteen silver and eleven bronze medals.

The Russia Olympic committee was on the third slots despite the country's supposed ban from the Tokyo Olympics  with thirty four medals. The ten gold medals, fourteen silver and ten bronze medal.

The host nation Japan has twenty eight medals in total presently with seventeen gold medals, four silver and seven bronze medal in the Olympics so far.

REACTIONS ON AGF MALAMI ORDER TO ARREST AND PROSECUTE TWITTER USERS AFTER...

PRINCE PHILIPS PASSES ON AT 99