DO YOU KNOW A REMEDY FOR #ENDSARS?

The Nigerian police force have come under heavy criticism during this past few weeks, but it’s important to ask why there act degenerated so bad 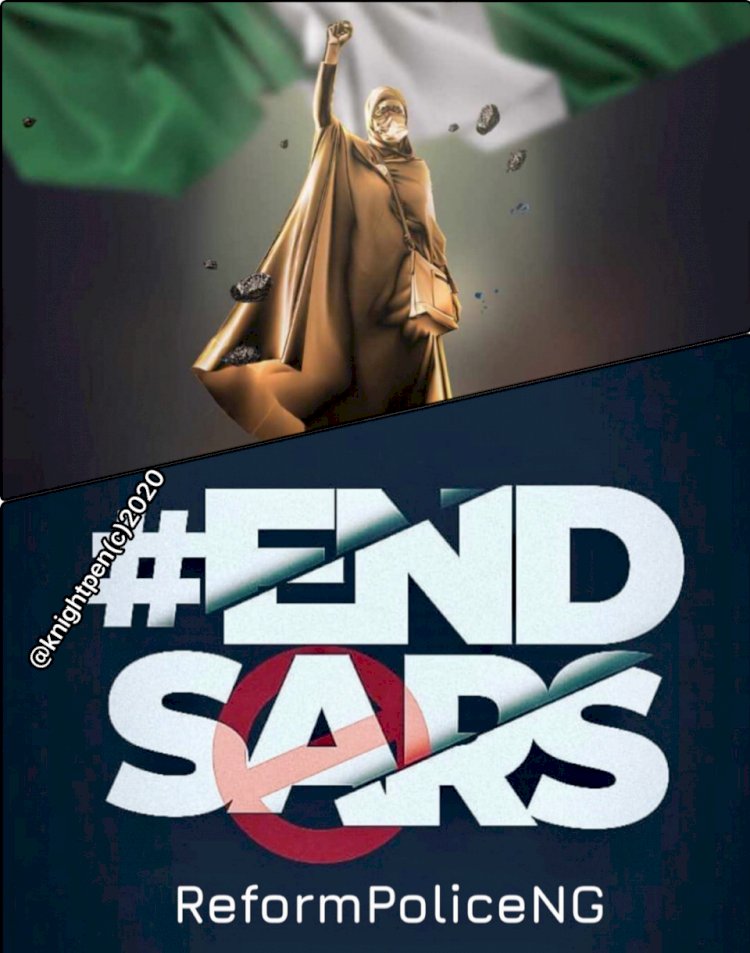 The Nigerian police have come under heavy criticism these past few weeks, with the pressure mount in the government to scrap a party of the police force which is seen as a notorious unit responsible for killing the youth. The #ENDSARS protest have become a very popular phrase on the internet, following the disolution of the Special Anti-Robert Squad. There's need to look into the police unit to ascertain the reason why there act has degenerated so low.

Now a look into the nigeria police force reveal a lot of things, which did requires a lot of thinking and introspection if an average sergeant earn #60,000 with no compensations and benefits, how can he afford a private school for his kids, the barracks are a mess, he can't afford a good home and he was given a gun to protect his community, what do you think he will do in a tight corner, it seems that, the police force is just a product of a bad system and they are not really the problem, the government is and it's time to reform.

The system have been bad to a lot of things, but some argued that the activities of these SARS operatives is not evident in the northern part of the country, so why is it so, do we mean to say the police officers in the northern part recieves a more better salary, how do they manage there pay without turning to an Armed Robber on the street.

IFE TO EMBARK ON ANOTHER 14DAYS IFINRO (ORO) LOCKDOWN

HOW TO HELP YOUR CHILD OVERCOME HUMAN FRAILTIES