The unlawful parade of suspects by the EFCC is met with reactions by the public condemning the act. 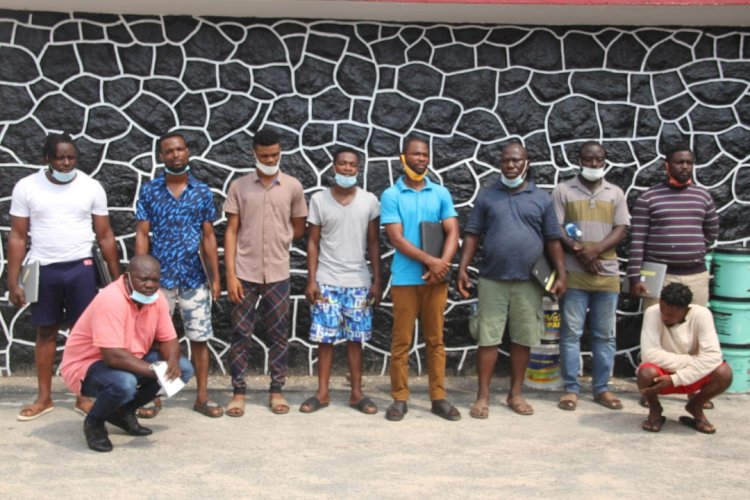 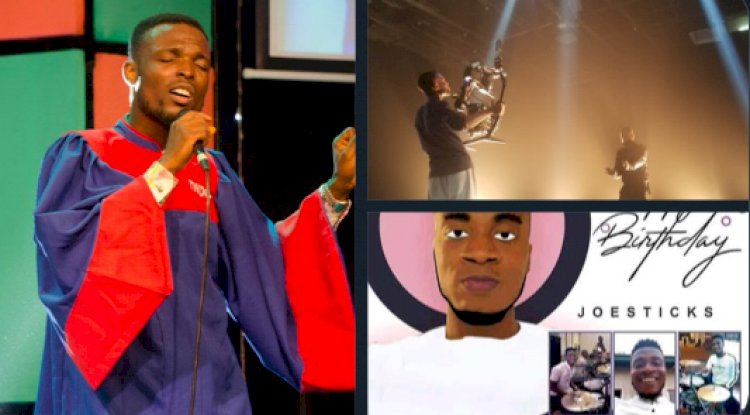 But general reactions suggests they are not internet fraudsters, but legitimate people working with their laptops to earn their living, here are the reactions; I am so disappointed.. there's a plumber there and a cinematographer right there...two of them are not in anyway connected or have been involved in cybercrime. these two guys do legit job for a living...it is expected of EFCC to do a proper investigation..

You did not only display thier images. You went about picketing thier names. Which court of competent jurisdiction found them guilty?Everyone who carries a laptop is a yahoo boy right?. See , you called them " suspects " google that word ::::: suspects , are they might to be paraded ??? , no evidence to back this shit up , that's why you called them suspects.

lack of professionalism and am highly disappointed...Dedayo Jonathan is a film maker and not in anyway a criminal...free him. This is all of shades of wrong for God's sake...don't ruin my man's reputation and his cousin's....This is why Nigerian Constitution is nothing to write home about..You called people suspect, thry have not found quilty,  at the same time put thier pictures on social meadia for people to see.This has already damaged their image

I wish to appeal to EFCC & security agencies to stop rushing to parade pictures of young Nigerians on social media pages when their cases have not been prosecuted and they're not convicted. This habit may permanently damage some of these guys permanently if later found innocent.

But in the long run, EFCC have these to say;

DAME JONATHAN WAS NOT DENIED ACCESS TO VIP LOUNGE- FAAN.

A BREAKDOWN OF PRESIDENT BUHARI’S SPEECH ON THE COUNTRY’S SIXTIETH ANNIVERSIVARY...

MIAMI HEAT REACH NBA FINALS FOR THE FIRST TIME SINCE 2014