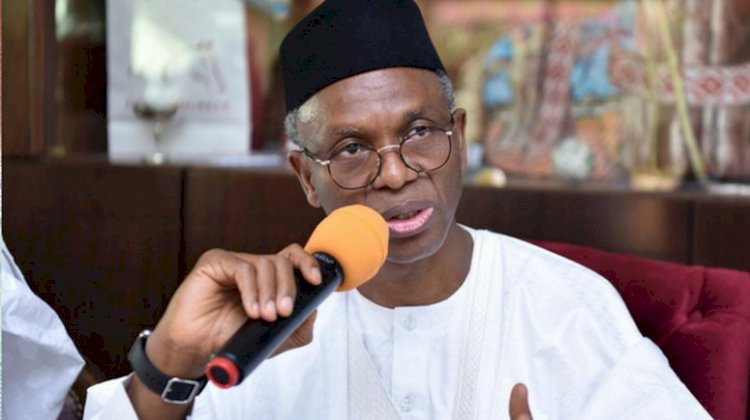 Governor Nasir el-Rufai of Kaduna State took his time to give an explanation to justify the removal of fuel subsidy. He has said the current fuel subsidy regime is not beneficial to Nigerians.

The governor spoke at the launch of the World Bank Nigeria Development Update (NDU).

“So this hullabaloo about petrol is just something we must as a country have a conversation and agreed that it has to end, we can not continue to provide petroleum gasoline to our neighbouring country at a below cost price which is what we are doing.”

According to the governor, the major beneficiaries of fuel subsidy in Nigeria are smugglers, neighbouring Africa countries, and some rich people in Nigeria.

“Who is befitting for the subsidising other than the smugglers, neighbouring Africa countries, and some rich people?” “We should stop politicising these things that will bring Nigeria to its knees”

On the move to replace fuel subsidy with a N5,000 transport grant for 40 million Nigerians, the governor said it’s a welcome development as the state governors are in full support.

“The Nigerian Governor Forum has met and agreed to support the federal government, withdraw this subsidy by February, and use the N250 billion per month that would have been lost between February and May to do these conditional cash transfers that would put money in the pocket of Nigerians,” he said.

“To ameliorate not only cost of transportation but also the 2 to 3 percent jump in inflation that is expected when the subsidy is removed.” But if 40 million Nigerians are only provided with #5000 per month, what happened to the remaining populations.

Besides that, is #5000 enough to cover for consumables around petroleum for an individual in a month?

NAOMI CAMPBELL BECOMES A MOTHER AT 50

OBASANJO MADE HIS MIND KNOWN ABOUT ANY MILITARY INTERVENTION