The #ENDSARS protest continue all through the states in Nigeria despite the federal government compliance and subsequent disbandment of the police unit, we bring you flash point around the country 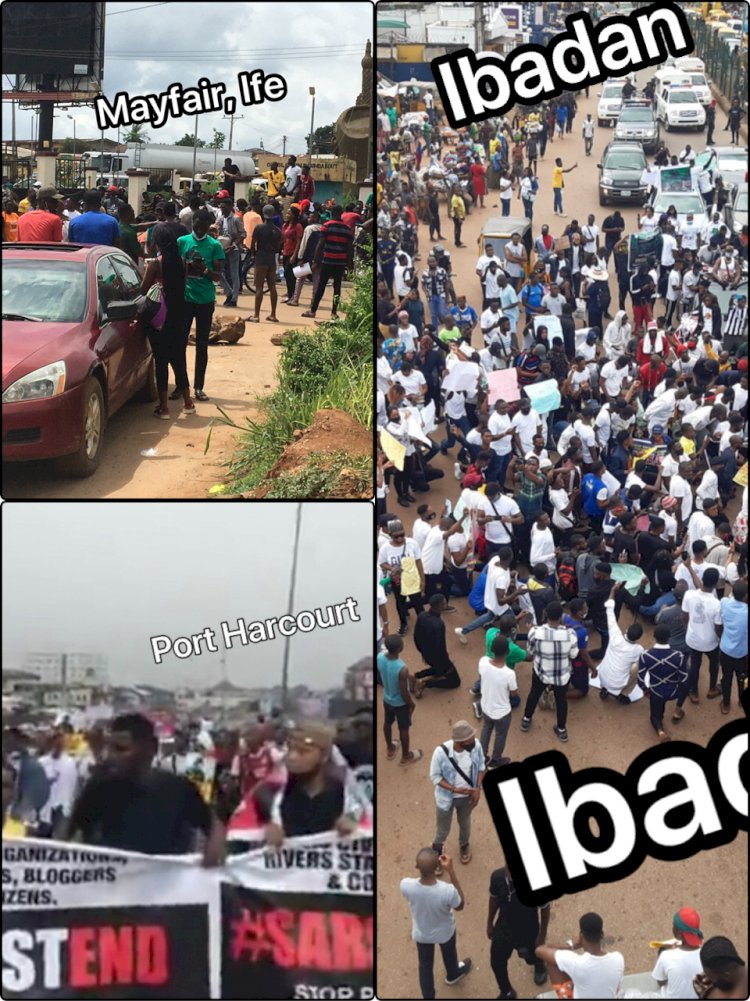 The problem when you have pushed people to wall is that when they turn back to attack, they wouldn't have a turning point or when to stop, the bottled resolve will aid them to go all the way until all angers and frustration is exhausted which might take a long time, this is the problem with the #ENDSARS or #SARSMUSTEND protest, the Nigerian youth have bottled their frustrations for so long that when they turn to attack, they don't know when to stop.

The government needs to speedily go ahead with the reform so that the youth can be assured it comitment on the issue, it must assure the populace that all hands are on deck to meet thier demand, else the protest might just go on for a very long time shutting down operations and general activities across the country if the situation isn't speedily addressed and nip in the bud.

3 REASONS WHY MONEY WILL NEVER MAKE YOU HAPPY

FANS REACTIONS AS ARSENAL BOW OUT OF THE CARABAO CUP

UNDERSTANDING YOUR WORLD ON EARTH