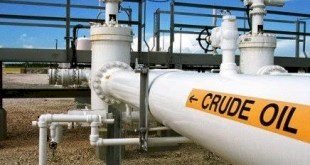 THE Federal Government’s outstanding indebtedness to oil marketers has risen to N470 billion, arising from a backlog of unpaid subsidy claims since August 1, 2014 till date.

THE Federal Government’s outstanding indebtedness to oil marketers has risen to N470 billion, arising from a backlog of unpaid subsidy claims since August 1, 2014 till date.

This is even as the marketers say they require in excess of $2 billion dollars to pay off their foreign suppliers, otherwise they will not be able to continue to import more petroleum products into the country.

Marketers yesterday lamented that government has not been able to fulfil its promise to offset all outstanding marketers’ claims between October and second week in November. This is the promise by the Central Bank of Nigeria, CBN, to assist marketers in accessing dollars to pay off their foreign suppliers has also not yielded fruit.

One of the marketers said: “We had another meeting with the Vice President (Yemi Osinbajo) two weeks ago and he promised that they would pay us. Right now I can tell you that no marketer has any money or line of credit to import even one litre of fuel.

“The last time any marketer was paid claims was July 31, 2014. Since August 1, 2014, no marketer has received anything. The total outstanding claims between August 1 and now are about N470 billion.”

Besides, he added, “Even if they paid all the N470 billion, it will still not be enough to pay off our foreign suppliers because the dollar value of what we require to offset matured debts is over $2 billion. The CBN Governor promised to help us, but nothing has happened.” A lot of workers has been sacked.

Another marketer also disclosed on telephone that the situation is so critical that in the last one week, two oil marketing companies have sacked 90 workers, adding that others are laying off secretly on daily basis, thereby compounding an already saturated labour market.
“If marketers continue to lay off workers, soon the unions will soon swoop down on us and begin another crisis.”

Meanwhile, the Nigerian National Petroleum Corporation, NNPC, yesterday called on the Department of Petroleum Resources, DPR, to swing into action and shut down any retail outlet selling Premium Motor Spirit, PMS, otherwise known as petrol, above the official price of N87 per litre.

The call comes as long queues resurfaced in the Lagos metropolis on Monday, and other areas in the country, with many outlets taking advantage of the scarcity to sell petrol above the government approved pump price.

NNPC’s spokesman, Mr. Ohi Alegbe, according to vanguard said: “There is supply of petroleum products from the NNPC and as such there should not be scarcity. However, DPR should shut down any outlet found selling this product above the regulated price of N87 per litre.”

NNPC said last week, it had deployed 306 truckloads or about 10 million litres of petrol to some northern states.

The long queues of motorists waiting to buy the scarce product have led to traffic gridlocks along some of the major roads in Lagos, even as motorists lament the arbitrary hike in fuel prices

Our investigation showed that petrol stations along the Badagry area, Agbara and its environs and also in other states in the country sold fuel above the stipulated price of N87 per litre.

The Director, DPR, Mr. Mordecai Ladan, in a statement, against the backdrop of the purported resurgence of fuel scarcity in some parts of the country, warned oil marketers against products’ diversion, hoarding, pump manipulation and selling products above government approved prices.

According to Ladan, any marketer found to be under-dispensing or selling products above the government regulated prices shall be suspended for a minimum of two months.

He said: “Marketers caught diverting or hoarding the products for profiteering shall be sanctioned with a fine of two million naira and have their operating licence revoked and prosecuted for national economic sabotage.”

Ladan also said the DPR is collaborating with the Petroleum Equilisation Fund (PEF) and the Petroleum Products Pricing Regulatory Agency, PPPRA, to ensure that defaulters are sanctioned accordingly.

THE MAXIM EFFECTS OF POLITICAL THUGGERY