GETTING TO KNOW YOUR LIFE (Part One)

GETTING TO KNOW YOUR LIFE 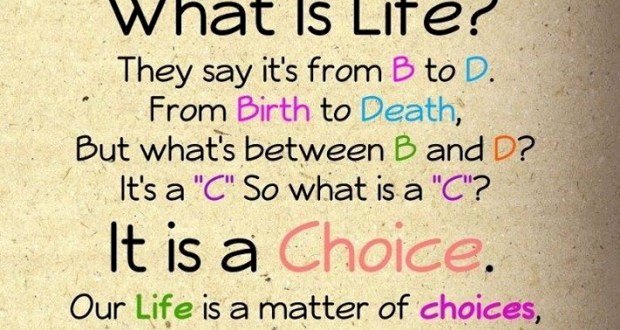 I belong to a social media platform of a group of students where we
discuss about things pertaining to, especially departmental issues.
On the platform one day, somebody asked a question which in the real
sense has nothing to do with the purpose of the group.

Notwithstanding, I think he was on point, because, his question gave
birth to this write-up which I want to share with you. Have you ever
asked yourself: WHAT IS MAN?

We were all born and also give birth. We bury and we are also buried.
We live and socializes. We think and imagine things. We feel painful
and as well happy. We love and also hates. We have feelings and
emotions. We move around and as well work in order to meet-up with our
daily needs and enjoy life to its fullest. Yet, some never asked what
or why.

According to english dictionary — Man is an adult human male.
A human being of either sex; a person. A group or person in a position
of authority over others, such as a corporate employer or the police.
And in another place somebody sees “man as a gregarious animal” while
Emile Durkhelm define man as a product of his society — especially,
in religious sense.

And Martin Luther King Jr. In his book The Measure of a Man published
1959. He stated that, “Although there is widespread agreement in
asking the question, there is fantastic disagreement in answering it.
There are some people, he continues, that believe ‘man is little more
than an animal’ and there are those ‘who would lift man almost equal
to God.” A young man with a name Daniel said “Man means Morning,
Afternoon and Night…” That there are three stages in life which we
must be fully aware of; and they are interdependent of one another.

How one’s life will be in the night is the function of what he/she
does in early stage of life. Out of all the three stages. Afternoon is
still the most important; it is the middle stage of life. You might
have been getting it wrong in the first stage of life. That’s not a
problem.

The faded sunlight can still dry-up an apparel. Work harder
in the first two stages: so you can drink, eat, and rest in the last
stage, which is the night. Man is a three letter words in which each
letter stands for Morning. Afternoon. And the Night.

A complete man must be impactful, fulfilled, successful, and
reckonable.” However, the life of a man could as well be miserable,
frustrating and fruitless if the understanding of purpose is lacking.
But my question is: what is man to you? What can you see in your
fellow man? And is the life of a man all about this present time?

#ENDSARS PROTESTS CUT ACROSS THE COUNTRY