The Edo state Governor Godwin Obaseki is still facing a court case of forged certificate. The APC and one of its members, Mr Williams Edobor had sued Obaseki and his party, 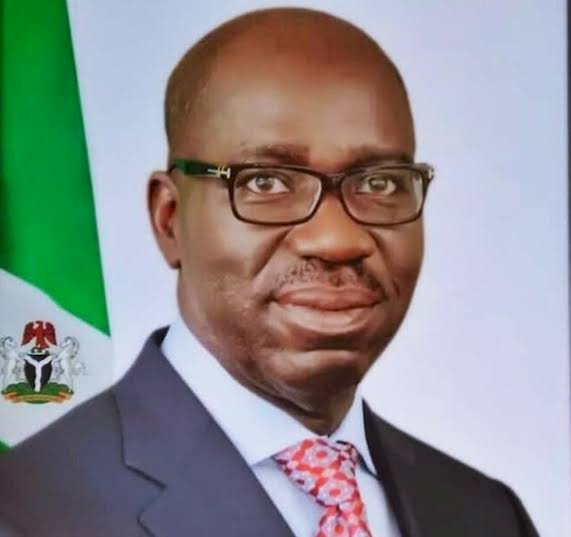 The Edo state Governor Godwin Obaseki is still facing a court case of forged certificate. The APC and one of its members, Mr Williams Edobor had sued Obaseki and his party, the Peoples Democratic Party and the Independent National Electoral Commission, seeking the disqualification of Obaseki in the September 19, 2020,  gubernatorial election over alleged forgery and perjury.

The All Progressive Congress disqualified Gov. Obaseki in participating in its primaries on the basis of forged certificate in September 2020, but the PDP adopted him to run under its wing. But the APC had now sued him on the ground that his certificate was forged. The prosecutor in his introduction enthused;

“I have never set my eyes on original certificates of the first defendant, Godwin Obaseki. Under cross-examination by the defence, Balogun had said he had never seen Obaseki’s original certificate to tell if it was forged or not. “As of 1976, there were different entry requirements for preliminary and direct entry students.

“As of then, admission requirements varied from one faculty to the other. The basic requirement for admission was five credits, including Mathematics and English Language, but anyone coming in through direct entry must have made the five credits and then choose two subjects in HSC.

He went ahead to make a discription of how the certificate should look like and proceeded to ask for a permission for a forensic examination of the document. It's evident something is definitely wrong with Obaseki's document as it continually attracts attention of its former party and it's member.

HOW PREMIER LEAGUE ACTION GO DOWN ON SATURDAY

WHAT DOES YOUR MOLE SAY ABOUT YOU?

PHYSICAL BEAUTY; WHY DO WE APPRECIATE IT