HOW SAFE IS THE DISMANTLING OF ROAD BLOCKS ORDERED BY THE NEW INSPECTOR GENERAL OF POLICE.

The new acting inspector general of police has order the dismantling of road blocks mount on federal and state roads across the country. 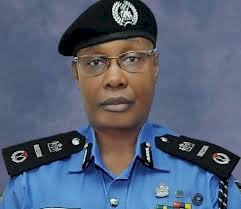 The Nigerian Police Force, through the office of the Acting Inspector General of Police, Usman Alkaly Baba, has ordered the immediate dismantling of Police Road Blocks, withdrawal of operatives attached to private citizens in Nigeria, and gave a 12 point agenda, on how to bring back sanity and security in the system and Nigeria as a whole.

During the #endSARS struggling there was a similar order to withdraw police officers from private citizens in the country, but the order didn't hold enough water as the directives was not really taken into considerations and respected accordingly. But the acting police chief has now reiterate the need to call back police officers working for private individuals to concentrate more on providing security for the nation and its citizen as a whole.

Recall that the new acting Inspector General of Police, Usman Alkaly Baba, was appointed by President Muhammad Buhari on Tuesday 6th of April, 2021 but was sworn in and decorated by the Vice President Prof. Yemi Osinbajo while the president was on a medical trip in the United Kingdom.

The issue of dismantling roadblocks in his new road map to renew security operations in the country might not be a good idea in time where insecurity and banditary acts is mostly rampant. Despite the corrupt practices carried out by the police force on road blocks, they still provide a perceived security along express roads, calling them off might put the lives of road users and travellers at risk.

It would've been preferably considerate if the police chief could give directives to eradicates bribe demands along express roads rather than calling them off completely. Kidnappers and criminal elements taking advantage of the present security situation of the country will have a more free hands along deserted roads to carry out more gruesome and nefarious activities all around the country.

GOVERNMENT EASE LOCKDOWN DESPITE CASES INCREASE IN SOME STATES