NIGERIA BREWING FOR WAR: ARE YOU READY

The news of a truck load of billet that slipped in onitsha only spells one thing. War 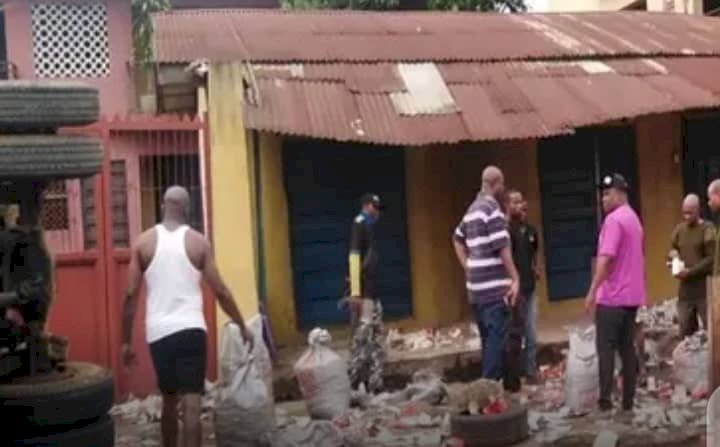 The Nigerian country is facing an issue of unrest and the unrest is already roasting into a civil war. The rampage of Unknown Gunmen is already a plague that every region is determined to fight against. On Sunday, a truck loads of bullies fell in onitsha and its glaring that the eastern region is already preparing for war in Nigeria.

Security has become a major issue in the country and the government isn't lifting a finger just yet to address the situation, it has already escalated and more so it's becoming a phenomenon that must claim lives and property before the country can see the end of it.

It's a given to say the country is sitting on a time bomb teetering and waiting to explode at anytime. The fact that the live ammunition's is discovered in Onitsha doesn't mean it's the only one or the only arms and ammunition's  that enters the country, other region might also have a huge influx of arms too.

On a decent opinion, this security issue will never go away until it climax and explodes on all of its citizens, the only question we should be asking ourselves is ; Are you ready?.

CAN ANY OF THESE THREE BE MADE NIGERIAN PRESIDENT COME 2023