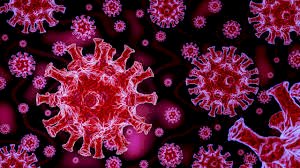 There's spike in covid-19 cases in recent weeks, the spike is witnessed in all states in Nigeria except sokoto in tha last week weeks on the major spike in figures.

251 new cases of #COVID19 cases has been witnessed so far in the month of October, with the following states witnessing a huge spike in figures of infections

But report says only sokoto reported zero numbers of infections in the month of October.

THE RISE AND RISE OF KANYE WEST