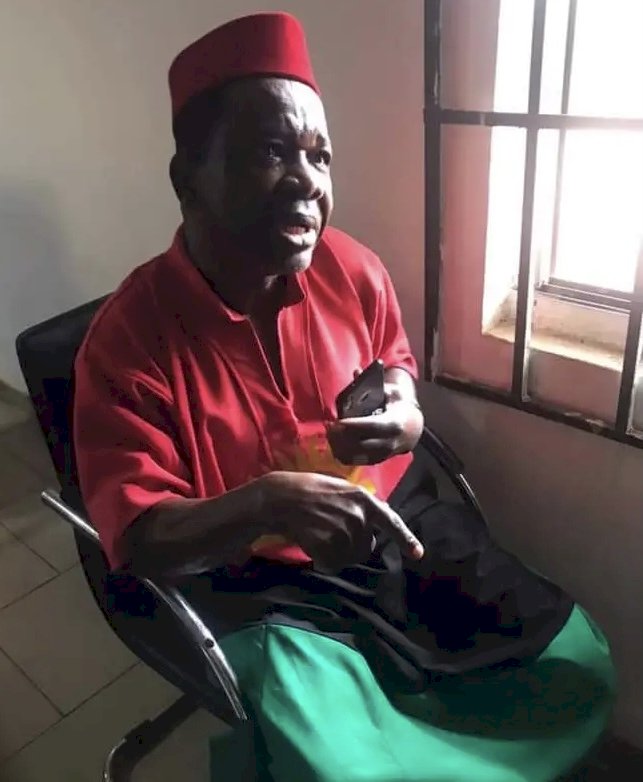 The popular nollywood star who was arrested in anambra by the Nigerian Army for wearing a regalia in solidarity with IPOB, the secessionist group fighting for the actualisation of the Biafra nation have denied wearing a Biafran flag.

In a video seen circulating the media, the nollywood veteran was seen analysimg the inscription on his dress as a rising sun and not a Biafran insignia as believed by the Nigerian army and the general populace.

For this reason, the veteran actor has come under heavy criticism for his failure to own up to his believe and support for the struggle by trying to create an explanation for the actual fact of his solidarity.