OLIVIER GIROUD HEADER SENDS CHELSEA TO THE ROUND OF 16

Chelsea's Olivier Giroud's stunning stoppage-time header sends the Blues into Champions League last-16 after they had thrown away lead given to them by Callum Hudson-Odoi.

Chelsea's Olivier Giroud's stunning stoppage-time header sends Blues into Champions League last-16 after they had thrown away lead given to them by Callum Hudson-Odoi. The professional attitude of the French striker couldn't be over emphasized as he always deliver anything he is given a chance to do so.

The win for Chelsea means it has booked a spot in the final 16 with a last minute Giroud headed winner, becoming the first English team to do so this season. United got back to business by thrashing Basaksehir 4-1 at home to get closer to qualifying for the next round. Fans reaction around the world is very interesting. It's good to see Giroud is the reason we won last night, he scored. He can always score but always end up on the bench considering the fire power available to Chelsea. 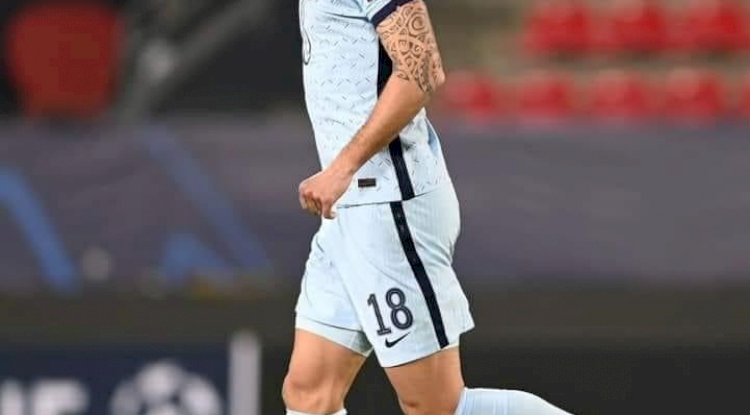 Currently, the French striker is slightly higher goals per game for France than Thierry despite Giroud's countless substitutions and started-but-subbed appearances and will also likely become France's all-time top goalscorer ahead of Thierry, Platini, Trezeguet et al. It's all boil down to professionalism and his atittude to deliver whenever he's called upon. Because it's easy to ask how many players in the world can score the goal Giroud scored last night?

Chelsea led until the 85th-minute when Serhou Guirassy headed home from a corner. That put a Chelsea win in doubt until Olivier Giroud popped up to score the winner in stoppage time. Timo Werner’s shot was saved by the Rennes keeper to put the ball high in the air. Giroud reached the header with a massive leap to send the ball looping into the net

#ENDSARS ::YOUNG HAWKER DONATES SNACKS TO PROTESTERS WITH A MANDATE

6IX ICONIC IMAGES THAT EMANATED FROM THE #ENDSARS STRUGGLE