Following the continual spread of COVID-19, the UK government worries about the repercussion of what may be after lifting restrictions on Monday 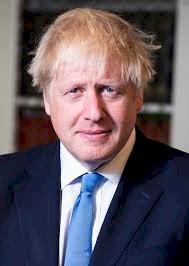 Boris Johnson’s plan to lift virtually all of England’s pandemic restrictions on Monday is a threat to the world and provides fertile ground for the emergence of vaccine-resistant variants, international experts say.

Britain’s position as a global transport hub would mean any new variant here would rapidly spread around the world, scientists and physicians warned at an emergency summit. They also expressed grave concerns about the plan.

Government advisers in New Zealand, Israel and Italy were among those who sounded alarm bells about the policy, while more than 1,200 scientists backed a letter to the Lancet journalwarning the strategy could allow vaccine-resistant variants to develop.

An adviser to New Zealand’s government told the summit he and his colleagues were astounded at the approach being taken in England.

“In New Zealand we have always looked to the UK for leadership when it comes to scientific expertise, which is why it’s so remarkable that it is not following even basic public health principles,” said Michael Baker, a professor of public health at the University of Otago and a member of the New Zealand ministry of health’s Covid-19 technical advisory group.

A READ ABOUT A FATHER WHO MARRIED OFF HIS UNDERAGE DAUGHTER FOR RIDICULOUS...