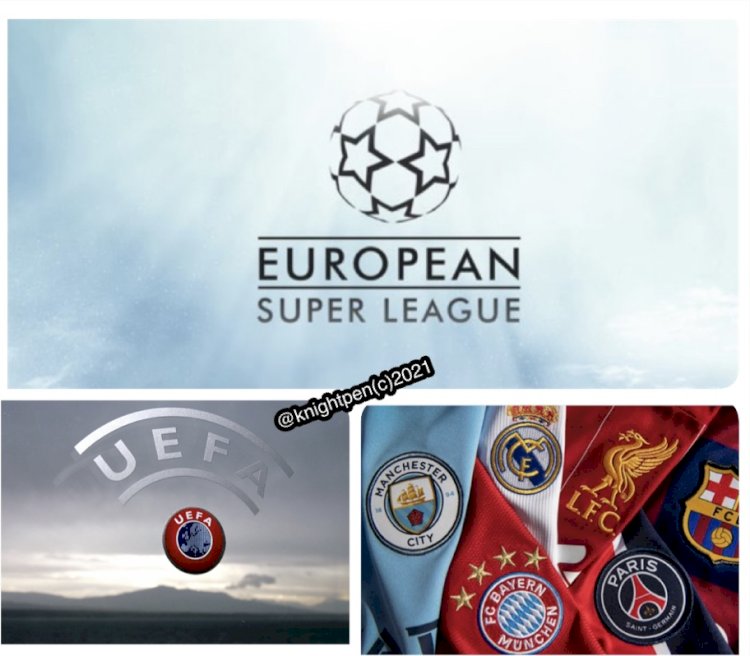 The newly proposed European super league has faced huge resistance from different Chanel of opposition, the most vocal criticism coming from Gary Neville has been proposing heavy fine for any club involved in such league arrangement. This lot think they can sweep up £300m more each season than the other teams and then wander back on a Saturday and play with that advantage in the PL . Deduct points , fine heavily and embargo transfers. I hope they haven’t bought some of the other 14 clubs. #stopthesuperleague.

Also, UEFA and FIFA have also come up with prescribed fine and sanctions for any club or players involved in such arrangements. UEFA: "The clubs concerned will be banned from playing in any other competition at domestic, European or world level, and their players could be denied the opportunity to represent their national teams.” .

Sir Alex Ferguson, the former Manchester United Manager also lent his opinion: “Talk of a Super League is a move away from 70 years of European club football. In my time at United, we played in four Champions League finals and they were always the most special of nights.”  “I’m not sure Manchester United are involved in this, as I am not part of the decision making process.”

Fans from all sphere of the game have also lend their voices on the proposed league, while some are in support, some are totally against the new league for their own individual reasons, here are some; Gary Neville is right. We in Australia endured a Murdoch led Super League incursion into our previously flourishing Rugby League competition in the mid 90’s and it was a disaster. 26 years later and the competition has only just recovered. No good can come from this believe me.

Hey Gary how much does it cost in total to go watch Utd on a Saturday, it's not a working mans past-time anymore but a rare treat. There is nothing wrong with a European Super League, it's just the usual suspects are not getting a cut...Poor Gary, now employed by Sky TV, who happened to do a similar move when they robbed the First Division and created the Premier League ! Also started PPV TV as well FFS.. Tad ironic!

OSUN POLITICAL LANDSCAPE SHAPING UP FOR 2023