REACTIONS ON THE INVASION OF THE CAPITOL

The invasion of the capitol city which was believed to be ordered by the sitting POTUS have generated different reactions from all quarters, here are some of them. 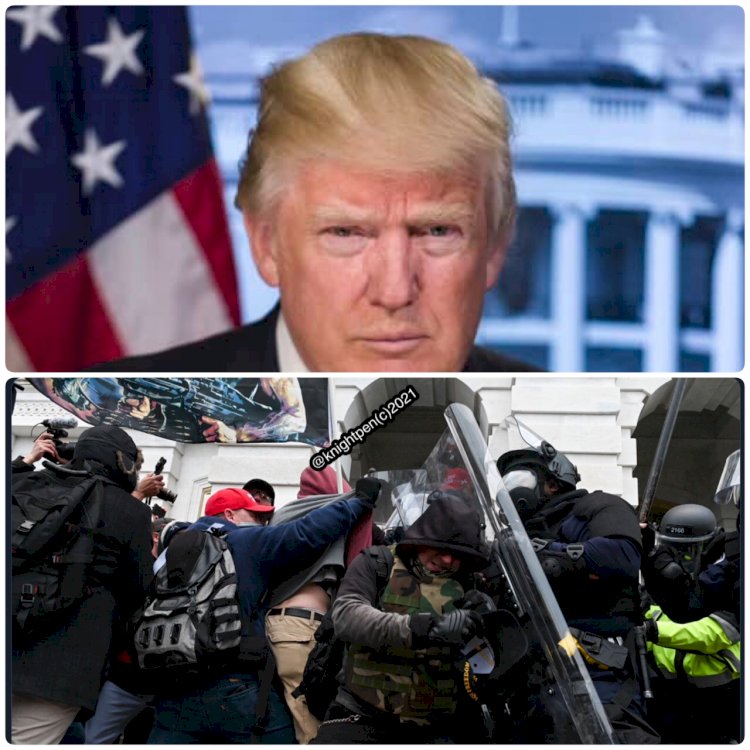 It's unbelievable strange to think that an American president would end his time in office by inciting his supporters to storm the capitol especially one who in his re-election campaign played on fears that his rival would let America lapse into lawlessness. This action is shocking, but not necessarily surprising considering his historical antecedents.

Even after a mob of his supporters overwhelmed police to ransack the legislature on January 6th, President Donald Trump continued to stoke the conspiracy theories that motivated them, insisting that November’s presidential election was “stolen” and “fraudulent”.The invasion of the capitol building have generated a lot of reactions from different quarter, while some totally condemned the act,  some said the act is justified based on circumstances within the cause of the invasion, here are some of people's reactions.

I’m confused! What is wrong with these people? An invasion of the Capitol building BY AMERICAN CITIZENS which was ordered by the sitting POTUS wasn’t enough? The Greatest? The only thing he won is the “Worse President in history”! There are some really lost, sick folks out here!. The Invasion of the U.S. Capitol have seen Lawyers Defending American Democracy Condemns the President’s Incitement to Violence

This is as heart-breaking as 9/11:  fellow Americans KNOWINGLY HELPED an attack on our #Capitol.  An invasion of #DomesticTerrorists INCITED by the American PRESIDENT. Pentagon placed limits on D.C. Guard ahead of pro-Trump protests due to narrow mission. This journalist @kampeas always gets the story. Part of the story is the sad but real division among American Jews as illustrated by leading organizations' remarks after the invasion of the US Capitol by Trump's mob. It shouldn't be 'news' when @AIPAC says the right thing..

Jewish groups across the political spectrum, from AIPAC to The Anti-Defamation League to J Street, all released statements condemning the violence in DC. Oh, run the tape of the call to Raff, while running the video of the invasion of the Capitol. Finish with his 1:02min speech from the lawn yesterday, still claiming he won, while the riot continued. THEN Impeach the anti-American fucker.

"Even when they viewed events with their own eyes during one of the most disgraceful moments in modern American history, the ecosystem of Trump supporters instead chose to believe something that sounded better to them—whether it was a lie or not". “Followed” others into the US Capitol? You participated in a terrorist invasion against unarmed human beings at work for you and the American people. Don’t say entered or followed, what you and others did was a violent attack that at least 4 people.

QUESTIONS ON THE KANKARA BOYS ABDUCTIONS AND RELEASE

WHO IS A BETTER LEADER BETWEEN JONATHAN & BUHARI