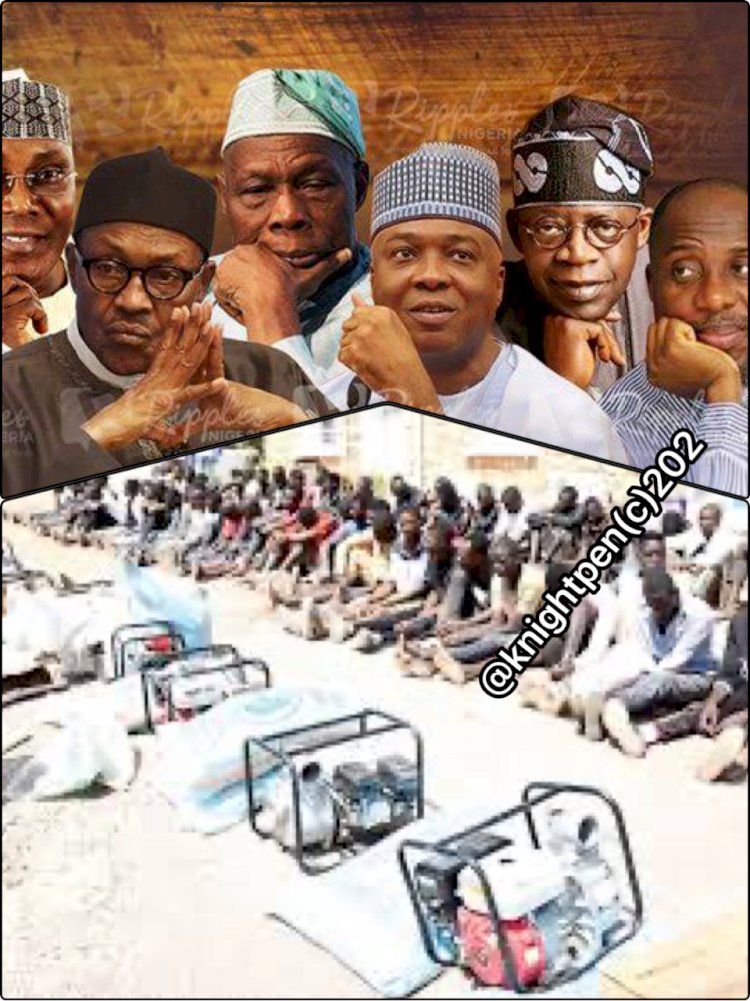 The aftermath of the l#EndSARS protest has been laden with violence, killing, burglary and looting all around the country. The reported looting of public and private properties have been witnessed all around the country and it's sad to realise how desperate hoodlums loot with unwanthom abandonement. The case of looting in Adamawa suggest how desperate these hoodlums are and also sees the governor rolling out a  punishment of demolishing any house looted goods are found.

The government reaction to the looting in the state as materially colossal but more enormous is the loss of moral values driven by greedy criminal urge to steal. We condemn in strong terms the outright demonstration of brigandage as barbaric, criminal and a recipe for anarchy,” the governor said.

Following the massive looting in the state, The governor insisted severe punishment plan for looters found culpable in this regard. Part of the provision of the order is a sanction that will attract withdrawal of C of O and if necessary, demolition of every house that habours any of the stolen properties. Law abiding citizens should cooperate with the security agencies to ensure this is enforced to the letter.”

But putting side by side the looting hoodlums and the Nigerian politicians, with what the political class have been looting from the masses and the country coupled with the amount of time, effrontery, brazenness and the amount the politicians looted, who deserves a more hash punishment. Its a bad thing that hoodlums resolved to looting private and public properties, but I think it should also serve as a moment of introspection for the politicians, a moment to take a look in the mirror and find a means to convince himself that his reflection is different from the looting hoodlums been  castigated and hunt down to be handed a capital punishments for thier actions.

Most of this governors bringing down the roof of hell on hoodlums looting have been hiding Covid-19 palliatives, meant for the masses to ease the effect of the lockdown for more than six months now, and are not sorry for there actions. But are now ready to punish thieving illiterates like them. It's imperative that this write up isn't misconstrued for supporting looting hoodlums, but he who seek justice must come with a clean hands

I REST MY PEN.

WHY EMPLOYERS WANT TO QUIT WORK FROM HOME CULTURE

NAPOLI STADIUM SAO PAOLO TO BE RENAMED AFTER MARADONA