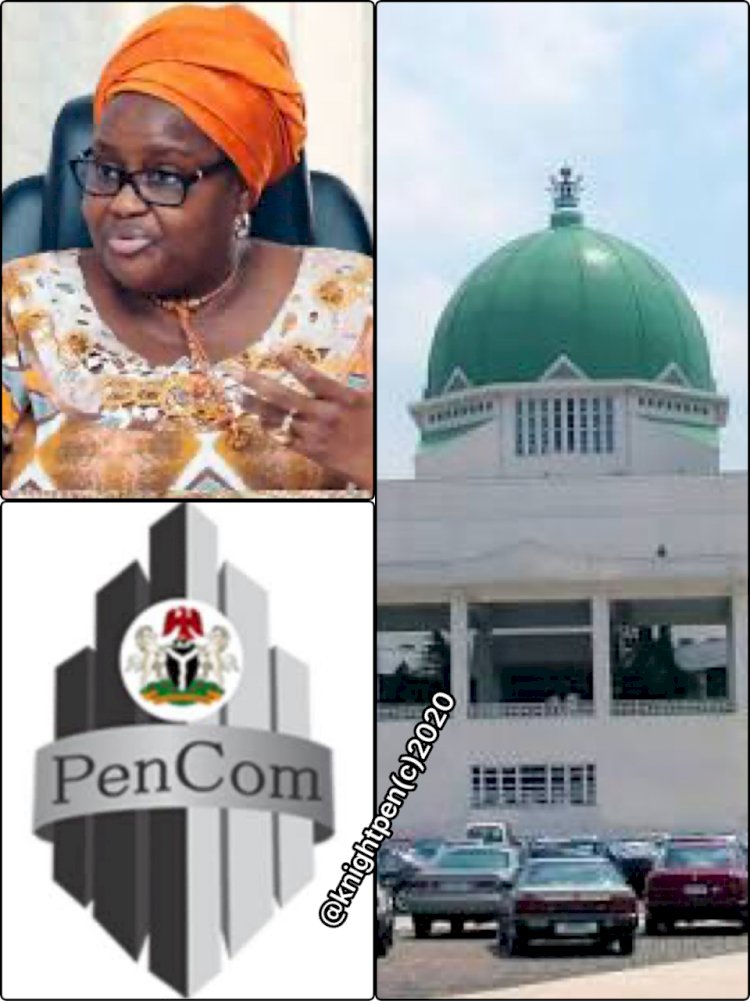 The Nigerian federal House of Representatives rejects the nominations of Aisha Umar as DG of PENCOM In the process of the rejection between the Senator representing Abia south and Senate Minority Leader, Enyinnaya Abaribe who declared that the nomination of a nominee from the Northeast to replace the former Director-General (DG) of PENCOM, Mrs Chinelo Anohu-Amazu, from Southeast was a breach of the Act establishing the PENCOM. Which was es  established by the provisions of Section 20(1) and section 21(1) and (2) of the National Pension Commission Act 2014,  “in the event of a vacancy, the President shall appoint a replacement from the geo-political zone of the immediate past member that vacated office to complete the remaining tenure.”

Senator Abaribe maintained that the replacement for Mrs Anohu -Amazu must come from the same southeast which the candidate that vacated it came from.

He further explained that the tenure of the incumbent was truncated therefore the new letter from the president that has now moved the Chairman of the Commission to another zone may not be correct because it is against the law setting up the National Assembly. “Before you send it to the appropriate committee tomorrow, I wish to draw the attention of the committee to it. ”

In his response, Senator Lawan rebuffed Senator Abaribe’s point of order and observation, stating that: this is for me to interpret because I interpret the laws here. If there is any petition to that effect it should be sent to the committee. ”

It's unlikely that the nominations will be accepted and approved by the appropriate tree committee as it clearly rebuff the laws and bff onstiruiona guiding the PENCOM, but President Buhari has gone away with rejected nominations in ti e past, it will be interesting to witness the outcome

DAME JONATHAN WAS NOT DENIED ACCESS TO VIP LOUNGE- FAAN.