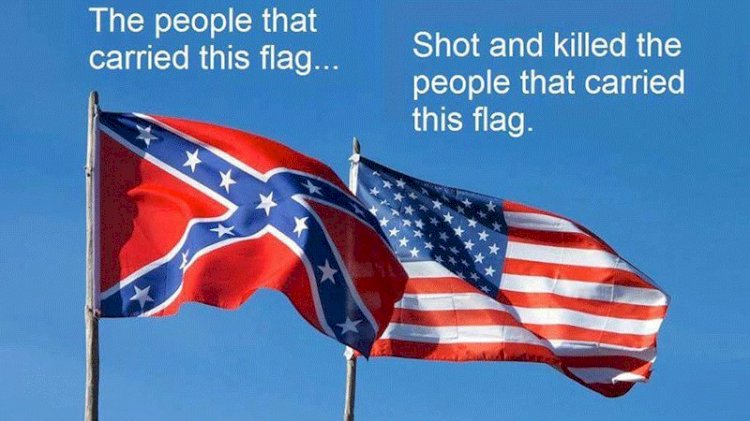 South Carolina is among a handful of states in the South with such an official holiday. State offices in Alabama and Mississippi closed down for their Confederate Memorial Days late last month.

South Carolina chose May 10 because it is the day when Confederate Gen. Thomas "Stonewall" Jackson died in 1863 after he was wounded by his own troops and the day Union soldiers captured fleeing Confederate President Jefferson Davis in Georgia in 1865.

The Confederate intention was to go to war with America. They wanted slavery and they wanted to kill Americans. It’s truly remarkable that people see the confederacy as anything but traitors.

They didn't want war. They wanted state rights and what not of course they are in the wrong but it's not like they all left and said " well let's go to war" some states didn't leave the union until the fighting started.

South Carolina or North was the first state to leave the union. But let's be honest if the south had won slavery wouldn't have been around for that much longer. The country would have eventually rejoined the union.

Some believes the states succession declarations all had slavery as their driver.  "States rights" is short term for their state wanted to keep slavery.  There is no other freedom they wanted.