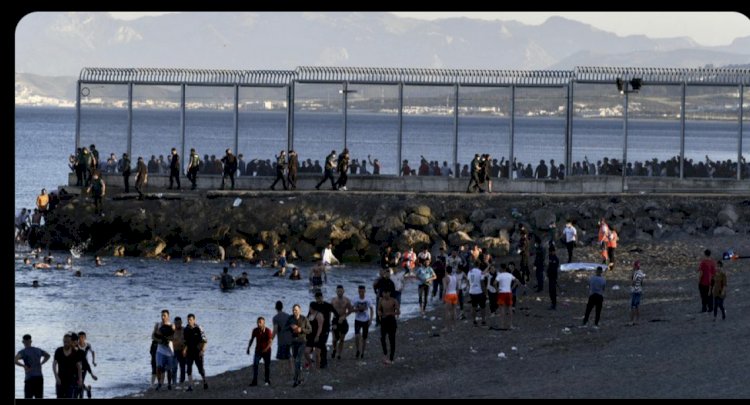 Spain says 8,000 migrants entered Ceuta since early hours of Monday; 4,000 of them have already been pushed back to Morocco. Morocco has recalled its ambassador to Spain for consultations.

There is the presence of Spanish military personnel and police officers ushering both adults and children through a gate in the border fence. Some tried to resist and were pushed and chased by soldiers who used batons to hasten them.

Interior Minister Fernando Grande-Marlaska denied that unaccompanied migrants under 18, who are allowed to remain legally under the tutelage of Spanish authorities, were being deported.

Although, I don't think the 8,000 migrants entered Ceuta to claim it on behalf of Morocco. I think, they want to enter Europe and eventually seek employment throughout the EU. Some may have refugee claims. It is highly unlikely that Spain will accept their cases.

HILARIOUS MOMENT; A LOST BUT FOUND WALLET CONTAINS 12 CONDOMS AND #5