On Monday at the floor of the UKparliament, a PM accused former president Gen. Yakubu Gowon of emptying more than half of the central bank of Nigeria while he was the military head of states. This have brought different reactions from different quarters and Nigerians are the yuck to voice there opinion on the claim. 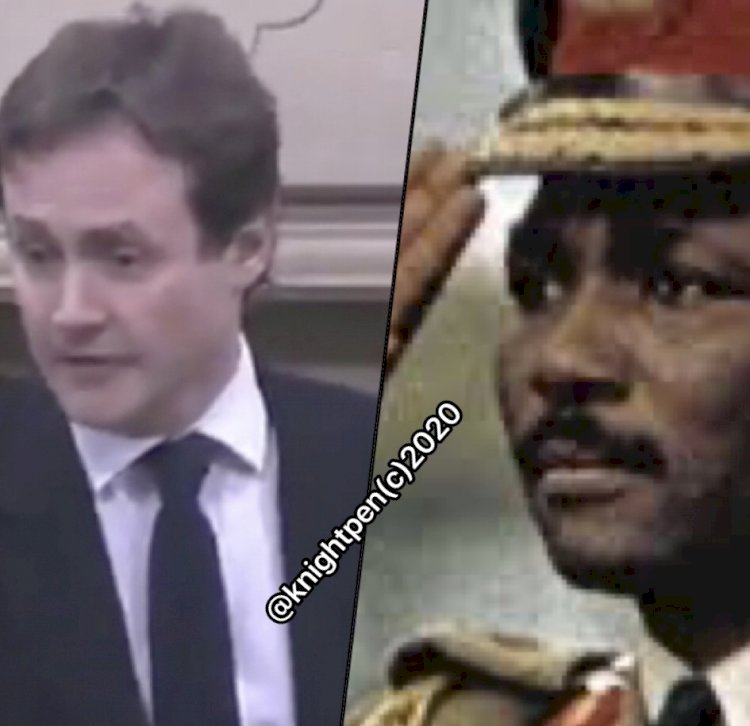 On Monday at the floor of the UKparliament, a PM accused former president Gen. Yakubu Gowon of emptying more than half of the central bank of Nigeria while he was the military head of states. This have brought different reactions from different quarters and Nigerians are the yuck to voice there opinion on the claim, while some say it's not possible, some gives reason why it's. Please enjoy the read.

How is it possible? He was not in Nigeria when he was overthrown! He was attending OAU meeting. From there to UK. When will he had the opportunity to pack half the CBN? He lived a frugal life while in exile. So where is the money?,

Good record?? Lol ya'll need a lesson in history. Have you guys forgotten the Biafra War. It's actually obviously the the UK knows about the dealings of most of the military head of state. Lol isn't that the country that Nigerian people sold their cousins to as slaves.

Half of CBN? Where is that man that was hailing him last time on his birthday? See how he impoverished your people and carted away the proceeds to UK. But UK, una bad sha. Why have you been keeping quiet all these years?.

I don't think it was possible for Gowon to have moved to London with half the CBN considering how he left office. He was literally overthrown while he was attending a meeting of the OAU abroad. That a member of UK Parliament said it doesn't make it correct. I could be wrong. This is a dunce kinda thinking. Really? If Jesus calls your number himself, I’m sure you’ll say its a lie. This is being discussed in PARLIAMENT. Unverified information never makes it to the UK Parliament. Its not our senate. So you think he’ll physically pack the money in his bag? Wow!

President Muhammad Buhari remain the only past military leaders whose name will never come up in any of those past military big shots that looted this nation. This is why I will continue to admire and support him untill anyone can even show me his duplex (not mansion) in Abuja. God please how did land my self in d same country with these kind of Northern people?..So u still how d balls In u to defend Buhari at ds point?!.. Ethnic and religious bondabge is a Demon.

Nigeria’s NEVER had a great leader, not one. Chinua Achebe wrote a book exposing even Awolowo and Azikiwe as partial frauds (I can’t remember the title of the book now). We’ve never had a leader of the caliber of Lee Kuan Yew (Singapore), Lenin (USSR), or Khomeini (Iran). On a lighter note... Maybe then CBN was having 2million naira and he made away with 1million naira (smile) but on a more serious note, if the UK knows this why were they allowing them to stock the money in UK to our detriment. God dey o...

Abacha's loot is only a thing today because Abacha died untimelyMany of our past leaders who are still living especially from the military era could have looted much more than Abacha. Half of CBN! in the time of first oil boom, thought of it is mind boggling

RIOT IN KATSINA AS REPEATED ATTACKS ON RESIDENTS BY BANDITS CONTINUES

TIPS ON HOW TO GET THE BEST OUT OF YOUR BED