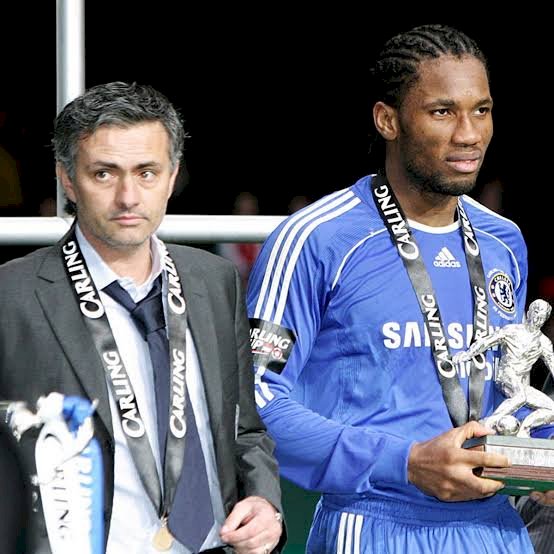 "Didier Drogba came into my life in the fifth minute of a Champions League game in Marseille’s mythical Vélodrome. I’d hardly sat down when that giant with the 11 on his shirt scored. He celebrated that goal like it was his last, the crowd went mad, the noise was deafening."

"At half-time I found him in the tunnel and told him: ‘I don’t have the money to buy you, but do you have any cousins that can play like you in the Ivory Coast?’ He laughed, hugged me and said: ‘One day you’ll be in a club which can buy me.’"

"I had a number of options, but I arrived and said: ‘I want Didier Drogba.’ Doubts and questions were raised by a few people: ‘Why this one?’, ‘Why not that one?’, ‘Are you sure he will adapt?’, ‘Is he really that good?’

"A few days passed and I met with Didier in a private airport in London. Again he hugged me, but this time in an unforgettable way: an embrace that showed this man’s gratitude, and the affection he feels towards people who mean a lot to him. Indescribable."

"Then he told me: ‘Thank you. I will fight for you. You won’t regret it. I will stay loyal to you forever.’

And that’s just what he’s done…"

"His loyalty came out in his leadership and in the way he always faced up to the difficult moments. Moments when nothing else matters than to be there for your leader and your colleagues. This was a person I knew I could count on whenever and wherever I needed."

"When the team was under pressure he would help defend; when he felt pain he would stretch himself to the limit and then of course came what he did best: scoring goals.

Those goals brought him titles & awards, but what stays with me are the countless stories we have together."