THE LESSONS IN THE KATYDID’S REMARKABLE HEARING ABILITY

Researchers also believes it will also help in contributing to the next generation of ultrasonic engineering technology, including imaging systems for hospitals. 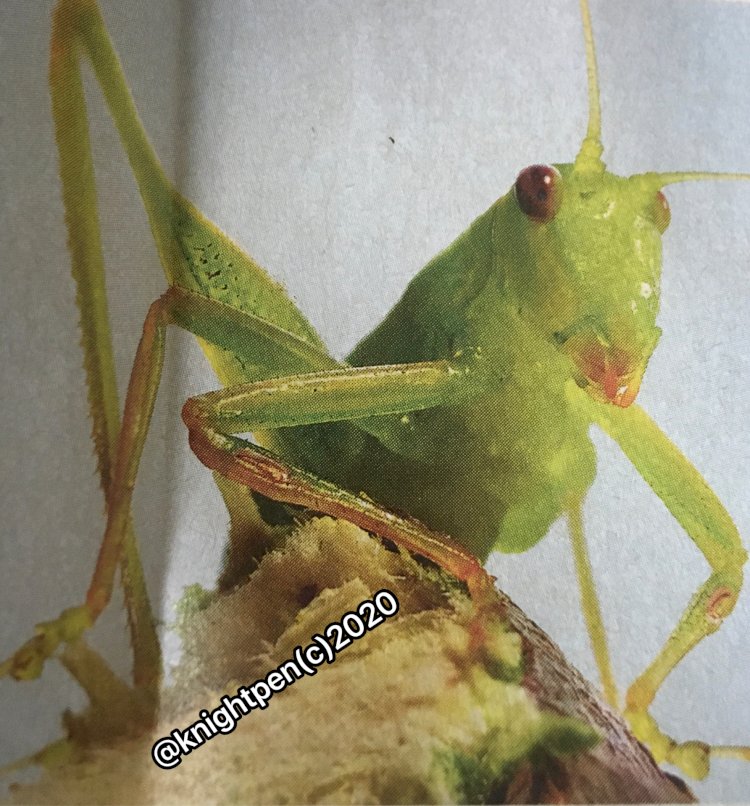 The South American bush katydid has a ear less than a millimeter long but works in a way siilar to the human ears. The insect can distinguish a wide range of frequencies from long distances. For example; it can tell the difference between the sound of another katydid and the ultra sound of a bat hunting for prey.

It ears are located on it two front legs, like the human ear, it collect sounds, convert it and analyzes the frequency. Although, scientists have discovered a unique organ inside the ear of this insect a pressurized fluid-filled cavity that look like an elongated balloon. This organ, which is named the acoustic vesicles, work like the cochleae of mammals but it's such smaller. The acoustic vesicles is responsible for the katydid's remarkable hearing.

Prodessor Daniel Roberts of the University ot Bristol's School of biological sciences in the United Kingdom, says this discoveries will help engineers develop bio-inspired hearing devices that are smaller and more accurate than ever before. Researchers also believes it will also help in contributing to the next generation of ultrasonic engineering technology, including imaging systems for hospitals.

#USELECTION: SEE WHO THE NEW PRESIDENT IS