The entire globe has witnessed its own share of killers in its entirety, but there exists a parasitic disease which has become a monstrous killer in all generations. In Infact, it symptoms is as deadly as feve 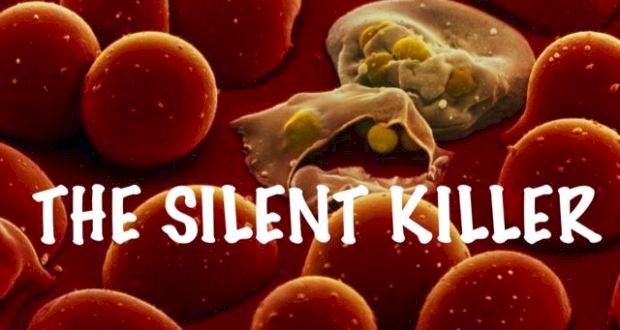 THE TRADITIONAL SILENT KILLER
The entire globe has witnessed its own share of killers in its entirety, but there exists a parasitic disease which has become a monstrous killer in all generations. In Infact, it symptoms is as deadly as fever, chills, sweats, headache, body aches, nausea and vomiting. The symptoms may sometimes recur every 48 or 72hrs depending on the the type of parasite involved and how long the person has had the disease.
Malaria fever is caused by a malaria parasite, protozoan called Plasmodia. When it’s injected into the human bloodstream through the bite of a female anopheles mosquito. This parasites finds its way into the infected person’s liver cells, where the parasites multiply. When a liver cell ruptures, when a liver cell ruptures, it releases the parasites, which then invade the infected person’s red blood cells. Here the parasite continue to multiply to destroy the resistance of the body. When a red blood cell ruptures, it releases the parasites, which invade still more red blood cells. Then the cycle of red blood cells invasion and ruptures continues. At the juncture, Infected individuals continue to feel the symptoms of malaria each time the red blood cells ruptures.

The World Health Organization estimates that in 2013, more than 198 million people were infected with malaria and and estimated 584,000 died as a result of it. Nearly 4 out of 5 casualties were children under the age of five. The disease presents a threat in about a hundred countries and territories throughout the world, putting some 3.2 billion people at risk.
The malaria parasite can be contacted from an infected mosquito, Conversely, a no infected mosquito can get the malaria parasite from hitting an infected human. Then the infected mosquito can pass the parasite to another human.
Protection from this deadly disease is to
– Use a mosquito net treated with insecticides.
– The use of residual insect idea in around the room or apartment.
– Wear light colored clothing that fully covered all the bed when going to bed.
– Avoid swampy pools around the environment.
– Get treatment as soon as infected
These and many more are the forms of ways and informations good enough to help understand what malaria is and show well to avoid it completely for a more healthy life. If completely understood,one could completely do without an episode of malaria like forever.

WHY YOU SHOULDNT GET ADDICTED TO EARPHONES