USELECTION: AND THE WINNER IS 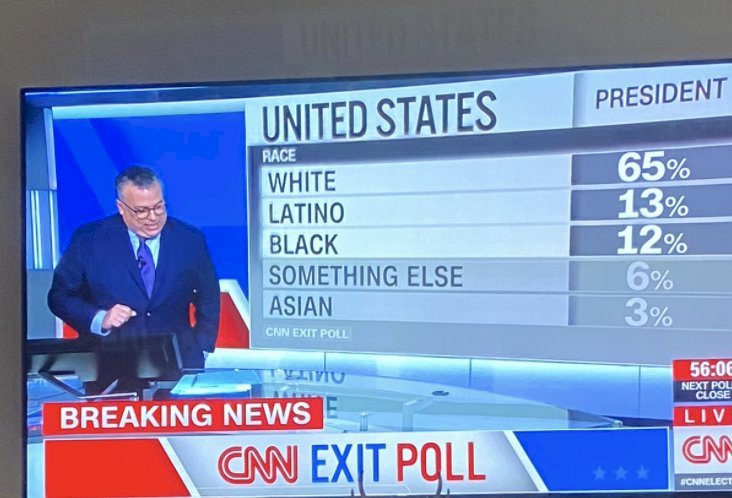 There's a popular saying in my politics class back in school, it says: when the US sneezes, the rest of the world catches a cold. Already as Biden takes a lead in the election the rest of the world is eagerly waiting to hear the announcement of the winner. Democrats claim votes were held up because Trumps lead was slipping, Republican claim votes were held up due to Trump increasingly widening in those states. I just know this: I went to bed with Trump leading Michigan by almost 12% and woke up leading by under 2%. That’s nearly impossible.

With over 150 million Americans voters, the result suggests Joe Biden is the favorite to come out victorious in the presidential election. Trumps body language shows he has already seen the handwriting on the wall and in response looking for other means to take on his opponent might he'd to the court to commence a legal battle.

Joe Biden is nearing 270 electoral votes already and Six states remain too close to call. The key battleground of Pennsylvania warned they may not have their final tally today. President Trump claimed bote counting should stop and tried to assert victory in the election, but Joe Biden urged patience as the votes continued to be counted.

As Joe Biden gets closer to the 270 electoral votes to win the presidential election, he talked about how he would be a leader for everyone, not just the people who voted for him but all Americans who deserves a better leader and clamor for it accordingly.

HOW JUVENTUS NINE YEARS DOMINATIONS COMES TO AN END

WHO DO YOU THINK SHOULD WIN THE PREMIER LEAGUE MANAGER OF THE YEAR?

INTERESTING STATISTICS IN FAVOUR OF MANCHESTER CITY FOR THE TITLE