WHAT GBAJABIAMILA HAD TO SAY ON #ENDSARS PROTEST

The speaker of the house of representative Hon. Femi Gbajabiamila address the youths on the raging protests rocking the country from all continent of the world, he further reinstates support for the youth movement and promise to do whatever is in his power to deliver justice but this is not the first time this is been said. 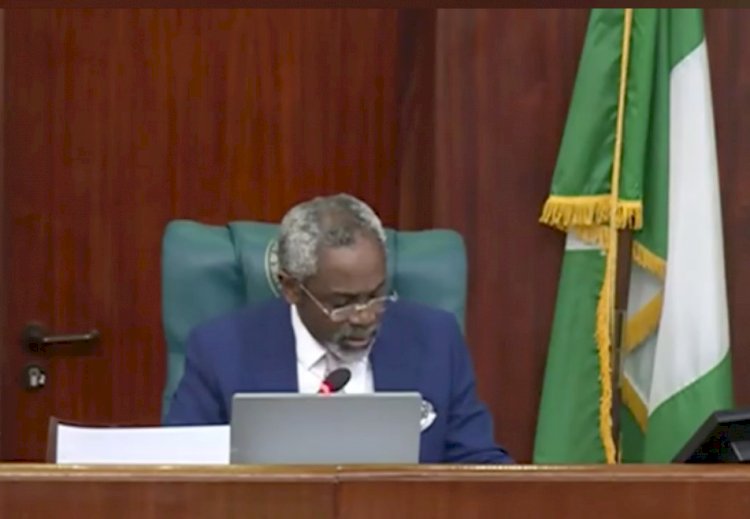 The speaker of the house of representative Honorable Femi Gbaja have stated his support to do whatever is in his power to bring to justice any erring officer found culpable in the gross violation of human right rocking the Nigerian police force with the #EndSARS protest. There have been some gory details about the Nigerian police been exposed by the day, with the youth taking on the government to end the notorious police unit and bring all corrupt and blood thirsty cops to book.

The speaker in his broadcast stated firmly he wouldn't sign any budget, that doesn't include compensations for the victims of all SARS activities around the country, he further called on all offices and stake holders in the country who might be call upon to render a service or two in bringing justice to the land and sanity to the Nigerian police force to do their best in handling out justice, no matter how difficult it seems or look.

He stated that the cry of the Nigerian youth is well heard and that they shouldn't let anyone decieve them not to leave the street as this is the best time to do so, in his view, the youths needs to go back home and restrategise so that they can have a renewed strength to fight again if there agitations isn't heard well enough of if the government decided to abandoned the path to reform the police system which it has promised to do.

Its a very pitiful situation that the Nigerian government doesn't rate his citizens especially the youth, to have allowed the situation to have degenerated to the point where it's got violent, prisoners been freed, police barracks been set ablaze, and protesters loosing their lives on a daily basis, they would've saved a lot if prompt action was taken as at when due.

A CASH PRICE FOR A LIFE LOST

FG ISSUES EVACUATION WARNING TO NIGERIANS IN THE UAE.