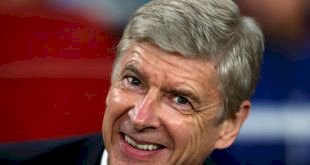 Le Boss; Arsene Wenger has come under heavy criticism amidst bad results. A 10-2 champions league game humiliation his team suffered from Bayern Munich, uncertainty about his contract situation as well as that of Alex Oxlade Chamberlain, Mesut Ozil and Alexis Sanchez have taken center stage since then.

The supporters are divided on the issue. While some fans believe that it’s time for the Frenchman to leave, others still put on the caption “In Wenger we trust”. Even the board members want Le Prof to stay. Although, Arsene Wenger, the board and me are sure the French man will last beyond this season.

In reality, It feels like the Wenger Era is coming to an end, Wenger has done a fantastic and heroic job over the years but nothing lasts forever.

Firstly, Arsenal have failed to pose a serious title bid since 2004, this is a minus for the boss whose team often plays well in the beginning of the season and like a spell, gets fatigued and go down the drain between January and March. If it’s not an excuse over injuries, it would be fatigue or bad refereeing.

It is highly embarrassing for Arsenal to see their London rivals spurs with lesser financial power and player quality performing better than Arsenal for the past 3 years. This season, spurs are a major contender for the title. Leicester City for example won the league last year with Arsenal crawling to second position, thanks to spurs late loss.

It is obvious that Le Boss is either stubborn or naive by banking on players who have failed him. He failed to buy a striker during the time of Nicholas Bendtner” claiming that Theo Walcott and Bendtner can take the lead. Till today, the likes of Walcott, Kieran Gibbs and a host of other players have failed to improve under the tutelage of Arsene Wenger and have failed to deliver when need be.

Wenger has lost out in the purchase of top notch players like Aguero, David Silva, David Villa, Hazard, Julian Draxler etc because of Wengers conservative spending nature and keeping fate in them, not much of a surprise that he benches Lucas Perez for Theo Walcott.

The same problem every year. Wenger has refused to buy a top quality midfielder and a killer striker. It’s unfortunate that his best this season could be a FA CUP finalist which brought him into o face Chelsea at the end of may. It’s already gleaming that Arsene Wenger isn’t going anyway, he’s head bent on honoring his contract and will subsequently sign another as the board seems to prefer his way of management.

LAYCON WINS: THE AUDACITY OF HOPE AND GOOD CHARACTER