WHY ONLY TWO NIGERIANS WON AT MOBO AWARDS

The MOBO award took place in the United Kingdom last night in a virtual arrangements, but out of about seven nominations for the Nigerian, only two won. 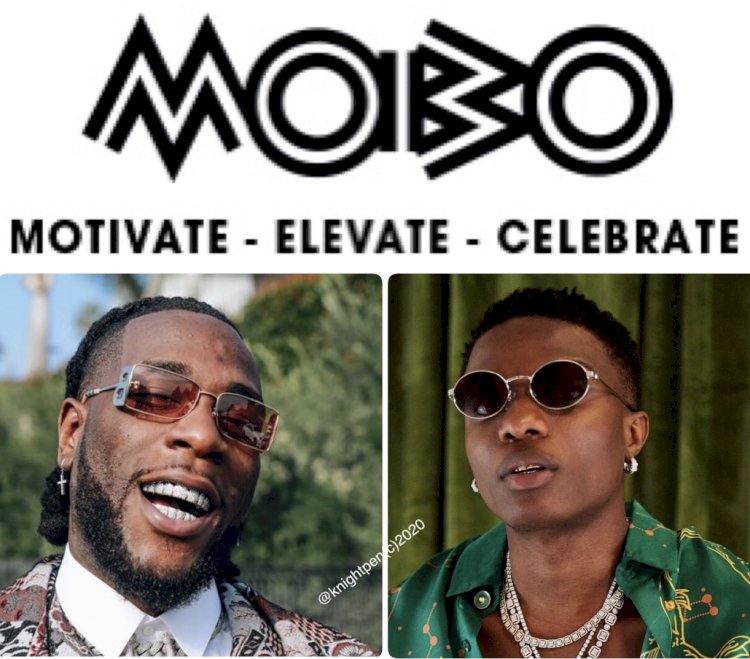 The nominations was announced on November 24, 2020. The Music of Black Origin Awards saw Nigerian star, Wizkid, Burna boy, Davido,Fireboy, Rema, Adekunle Gold and Tiwa Savage make the list, but only two out of all these stars could pick up a win in an events which honours black music all around the world.

Two Nigerian Music Stars in Wizkid and Burna, who gets the best African act award and best international act respectively. Wizkid Won “Best African Act” in collaboration with Afrozons, the result was publicly voted. The best international act award that went to Burna Boy, another Nigerian sensation whose music have recently become a very strong African tunes was publicly voted too.

Burna Boy and Rema were nominated in the Best International Act category alongside Drake, Megan Thee Stallion, the late Pop Smoke, Lil Baby and more. In the best African act category, Burna Boy and Rema are joined by Wizkid, Davido, Fireboy, Adekunle Gold and Tiwa Savage. although Ghanaian star Shatta wale was nominated in another category and couldn't win, any inclusion from the above Nigerian name could've done that.

Looking at the nominations into categories, it seems they are all paired together to vie for the same award, although the concept of pairing in the MOBO award isn't really understood, maybe their country and style of music of music are the reasons for that, but if they had paired to contest independently, maybe more trophies could have been won by the Nigerian stars. But it's a jusfiable assertions to incline the categories nomination slimmed the chances for wining big fir the Nigerian stars.

PASTOR BAKARE REMINDS BUHARI OF HIS MANDATE TO NIGERIAN

#ENDSARS PROTESTS HIT THE STREET FOR THE SECOND WAVE