WHY NIGERIANS MUST UNDERSTAND PRESIDENT BUHARI’S PLAN FOR 2023 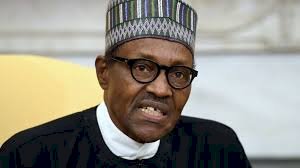 The Nigerian president Buhari has finally find his mojo on leaving Aso rock in recent weeks, first visiting Lagos and subsequently Maiduguri outlined one thing, a preparation for his successor for 2023.

Buhari is very interested in 2023, but not for himself. He will pick his successor and back him with the full extent of state resources as well as the power of his fan base in the North. Defeating APC in 2023 will be a very very tough task, requiring strategy and discipline.

The opposition party PDP is not yet organized to really oppose the APC as at now, there house is here and there. In order to give a formidable opponent, they need integrate people with fresh ideas, men who Know what to do, who have the interest of the people at heart, play neat and dirty political game in order to strategically defeat APC.

For the fresh minds and EndSARS agitators, they Ned to start recuperating, regrouping and organizing their political ideas now. The older generations holding on to power righ now isn't willing to let it go easy, they also have the opposition party in PDP to contend with.

Although, victory might not be guaranteed in their first try, but it will serve as a wake up call next time out and possibly, it might end in victory the second time asking.

HOW DEADLY FUNGUS IS COMPLICATING COVID-19 INFECTIONS IN INDIA