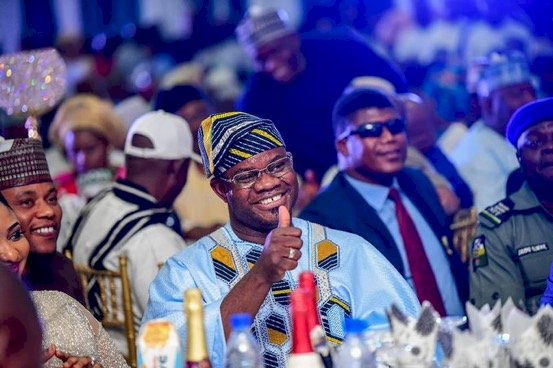 Governor Yahaya Bello says Kogi’s Confluence University of Science and Technology will rival top notch universities like the popular MIT and  Stanford university. But many Nigerians have tagged it unrealistic and a very ambitious dream, and those type of dreams signifies a failure because in the end, it will never work.

To think that Kogi State Budget: ₦130,000,000,000 while MIT Operating Expenditure: US$3,710,800,000 let's not even talk about Stanford. that's a figure of speech, 'hyperbole'. it doesn't really mean he will attain the standard. it' seems a bold step from Gov. Yahaya Bello, but where is the bold step if he didn't mean what he said. But to estarblish a university that will not be under ASUU is a welcome development, irrespective of your views

MIT and Stanford budget alone for tech is more than the annual and supplementary budget of Kogi State, he should be praying the school competes better unlike Kogi State university and it state polytechnic that can’t even be compared with other state universities. I love people who dream big but wakes up to their senses. only a novice would be moved by what Gov Yahaya Bello said. it's obvious he's only dreaming big, he will definitely wake up to reality.

THE LESSONS IN THE KATYDID’S REMARKABLE HEARING ABILITY

EXCITING PREMIER LEAGUE WEEKEND ROUND UP

THE RISING LEGACIES OF UNAI EMERY FROM HIS PLAYING DAYS TO HIS COACHING...