Sometimes, ridiculous ideas are carried out by the masses and you often wonder why such an idea could go a long way and even be actualised, with the amount of money won by the couple in the Big Brother house, you feel they should be giving to their fans rather than collecting from them. 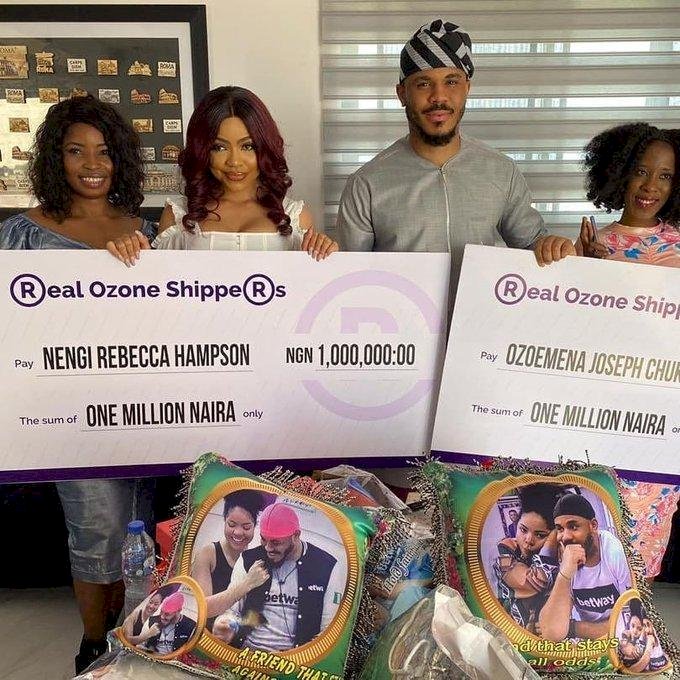 Sometimes, ridiculous ideas are carried out by the masses and you often wonder why such an idea could go a long way and even be actualised, with the amount of money won by the couple in the Big Brother house, you feel they should be giving to their fans rather than collecting from them. People's reaction say it all to this deal.

I can't remember the name of that marketer who said, "never underestimate the stupidity of the masses." If masses can be so stupid, why can't  the  power couple helped them out of their mystery. One would definitely wonder why they collected the money, but why not, they ain't forced into giving them the money either. 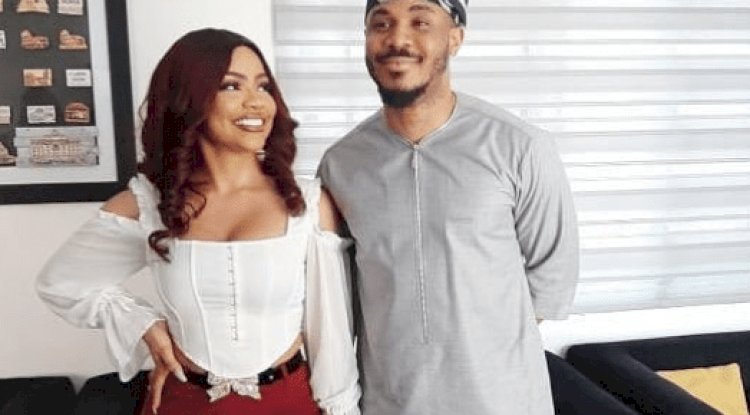 But, ironically so, those two presenting the award look more in need of the money, more than the couple it was presented to. But those two look like the need the money more than Nengi and Ozo. It seems they hate themselves, i can't love someone else more than myself. They're doing some funny things after the show that I wonder so much why. So it's on them, they're adults.

In this life ehh, what is popular is not always right and what is right is not always popular. On a lighter mode, Let's contribute and give dangote money so as to reduce cement price. people should know that there is a limit to stuff like this. Although not disputing the fact that this is their hard earned money. Hence, their "choice"

Taking a very good look at the girls presenting the cheque to them, you’ll realize they need said amount more than the people being presented with it, sometimes though, things are not always what they seems to be, it might all be PR stunt. Even Ozo think it is a ridiculous idea from the look on his face. Then again he needs to adhere to the established strategy (e.g titans) to 'fame and fortune'. Marketing won't thrive without the stupidity of the masses though and that's the sore truth.

But all in all, every aspects must be considered this might be a PR stunt just to keep relevance and remain in the public eye, contents on social media these days can't be taken hook line and sinker, it has to be provided with a benefit of the doubt, to arrive at a favorable conclusions, every stone must be turned and every edges must be examined, but o the ordinary eye, it's easy to blame the masses for contributing such amount to an already made individuals, but is the donations really comes from the masses or the fan?. The masses seems irrelevant but the fans seems more likely, then how are we sure it's actually a donation.

READ ABOUT CRISTIANO RONALDO’S LOVE FOR OTHER SPORT

HOW TO LIVE LONG BY AVOIDING RELATIONSHIP HASTLE

5 MOST LUXURIOUS HOTEL IN THE WORLD