IS ONION SCARCITY AN AFTER BIRTH OF THE #ENDSARS STRUGGLE

The #ENDSARS struggle was a wake up call for the Nigerian populace, but some people also highjack the peaceful protest to wreck havoc on the society, such is the scarcity of onion in the country. 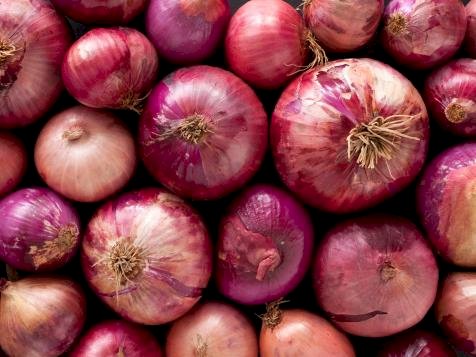 But also, some bad vibes with negative energy took their time to highjack the peaceful protest in order to perpetrate their evil and warring act, shortly after the announcement of curfew which led to the shooting of unarmed protesters at the lekki toll gate, the hoodlums take up the street to cause mayhem and unrest, this violence scene playing out sees the like of Nnamdi Kanu enter the scene with instructions for his followers to take to mayhem and destructions in the country.

Through his broadcast from radio Biafra, he instructed his followers to highjack military vehicles and burn down markets, with specific instructions to attack onion markets and trucks loads of it, the followers subsequently obey their Mazi and in return set ablaze major onion market in the East  and also truck loads of onion from the north are raze to the ground.

These singular action was responsible for onion scarcity since the 21st of October till date and apart from initial sky rocketed price of the produce, it's now not essentially in the market, getting onion in the market now requires lobbying and connections, some people are now learning to cook without onion, and question about who's responsible for introducing onion as a major part of cooking as mandatory.

Hope in due cause, the scarcity will ebb and one unavailability will become a thing of the past.

WHAT TO LEARN AS TRUMP AND WIFE HITS BY COVID-19

MEGHAN MARKLE UNDER A NEGATIVE SPOTLIGHT FOR BULLYING