It rained in December and all hell broke loose, the rain had different effects on different people, while some seems to be abashed by the occurrence 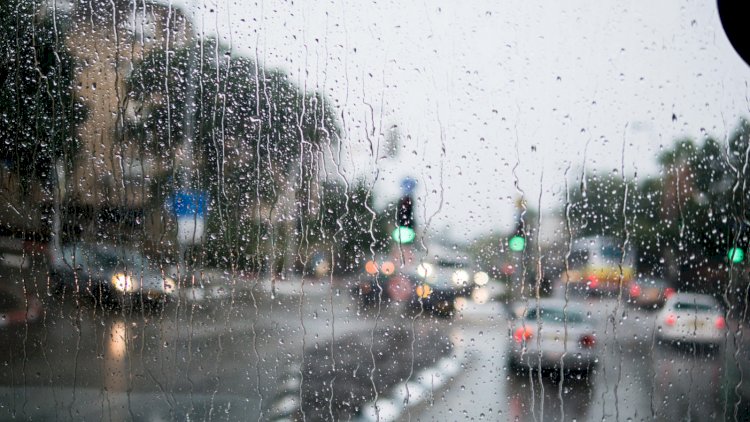 It rained in December and all hell broke loose, the rain had different effects on different people, while some seems to be abashed by the occurrence, some seems to think it's a normal thing for an aquactic presence area like Lagos and the rest. but some other parts of Sub-Saharan Africa and the United Kingdom even experienced flooding, a UKreporter implies; unexpected unspecified unforeseen” rain in December, after four and a half years it’s all a surprise, but a lagosian seems not to be so impressed, why are people shouting "Rain in December" Are you new in Lagos? Lagosians know that it can rain any time in the year, I'm not surprised at all.

On the lighter note, maybe first rain in December shall bring you December blessings. It may also signify that the spiritual forces are in support of the #EndSarsNow, it's difficult to fathom, this year truly exceptional. But there’s a place in in the eastern part of nigeria, Akwa Ibom state called “Oron”, where rain on the 25th of December is almost certain and during the rainy season, the wind, thunderstorms and dark clouds would make you think Jesus is returning.

But for the real issue, what causes the rain is nothing but a change in the tropical temperature and dampness, In tropical areas, when the monsoon arrives, high daytime high temperatures drop and overnight low temperatures increase, thus reducing diurnal temperature variation. During the wet season, a combination of heavy rainfall and, in some places such as Hong Kong, an onshore wind, improve air quality. In Brazil, the wet season is correlated with weaker trade winds off the ocean.

In areas where the heavy rainfall is associated with a wind shift, it's known as the monsoon. Many tropical and subtropical climates experience monsoon rainfall patterns. Rainfall in such season is mainly due to daytime heating which leads to diurnal thunderstorm activity within a pre-existing moist airmass, so the rain mainly falls in late afternoon and early evening in savannah and monsoon regions.

Further, much of the total rainfall each day occurs in the first minutes of the downpour, before the storms mature into their stratiform stage. Most places have only one wet season, but areas of the tropics can have two wet seasons, because the monsoon trough, or Intertropical Convergence Zone, can pass over locations in the tropics twice per year. However, since rain forests have rainfall spread evenly through the year, they do not have leverage on the exact period this would happen.

2023 GENERAL ELECTION; A RACE AGAINST TIME

ASUU IPPIS REJECTION AND GOVERNMENT INSISTENCE; WHO WILL BACK DOWN

SWAT IS THE NEW SARS IF!