Chelsea’s loss last night to Everton was a reality of what football is all about. But the loss taught LAMPARD a lesson. 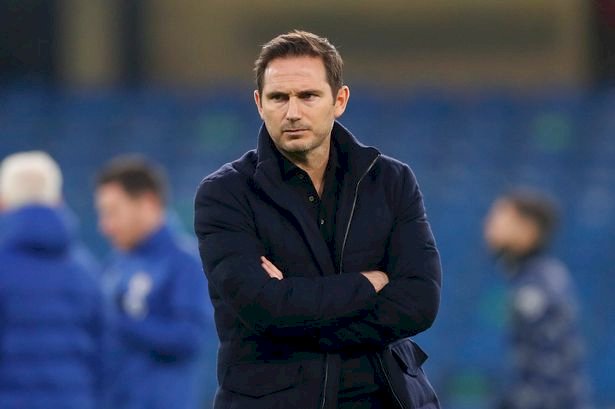 ZChelsea's boss Frank LAMPARD learn a thing or two from the defeats to Everton last night. The blues manager during his post match conference point out a few things responsible for the loss and hope if all could be addressed, things will continually go well for Chelsea these are his observations about the defeat.

"‘We didn’t pepper their goal with great opportunities. We weren’t at our best. We didn’t deal with the physicality of the early parts of the game well. We could have got something out of the game, but I wouldn’t say we were unlucky,’ he assessed. ‘Once you go 1-0 down you give yourself a problem and give them something to hang on to. We didn’t show enough to break them down. If we are honest with ourselves it wasn’t the us of recently.’"

This is a team who are well organised, who wanted to stop us playing. When you give them that head start it’s very difficult. We didn’t quite do enough but I don’t think we necessarily deserved to lose the game. ‘We are a work in progress and nights like tonight may happen. I don’t like them, but that’s the challenge for us. We need to bounce back very strong. Let’s see on Tuesday.’

LAMPARD also send a strong message to the FA about the five substitution appeal which the decision will be made known in January. Christian isn't feeling fine. He had to be left out. He was uncomfortable in training this week and yesterday. We did miss our three wingers who are injured. It comes back to the same story, there are muscle instead injuries all over the Premier League. Rodriguez was out for them. When you watch Everton against Chelsea you want to see these sorts of players, exciting wingers. If you don’t you don’t see the best of the Premier League.

‘It comes back to something which I think will be addressed again with the five subs later in the week. In terms of player welfare, we are asking players to fly all over the world for their country and play three games in 10 days, and then go again on a Saturday and a Tuesday. Players that are explosive at the top end of the pitch are getting issues. ‘That’s the big picture. It’s frustrating. Every team has big squads. Everybody can pack their benches. Did we miss the wide players today? We did, because they are big players for us.’

Hopefully the blues will bounce back as Frank LAMPARD hope they would on Tuesday.