THE HOUSE SUMMONS THAT NEVER SEES THE RAY OF LIGHT

Recently the house invited president Buhari to come explain himself about the deteriorating state of the country’s security, but the drama that follows ensure the president didn’t appear before the house. 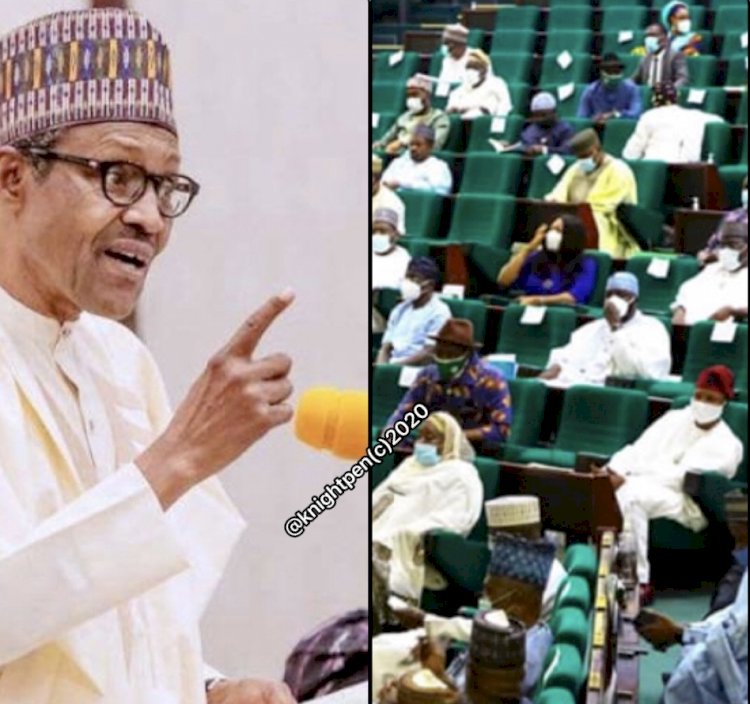 The summons or invitation drama between the federal house and the presidency on it supposed summon or invitation by the house hit a brick wall in the end, the attorney general of the federation at a time insists the house doesn't posses the authority to summon the president, But Kalu had on his address to journalists says the President is yet to communicate with the house and noted that Malami does not speak for Buhari.

Recently, there was a news making the rounds that the house has actually apologized to Buhari for the summon and subsequently leave him at liberty either to appear before the house or not, but all quarters involved have denied the allegation. The Presidency on it own path has denied the allegation and insisted it never sought for an apology from the House of Representatives for carrying out her constitutional responsibility to the Nigerian electorate.

The house has also insisted he never apologize to the presidency for inviting Buhari. Stating the notion that the president was summoned is a far fetched assertion. But right now it seems the president will not be appearing in front of the house as enough ground for him to decline the invitation has been created by it fans and surbodinates in the public offices.

WHY EMPLOYERS WANT TO QUIT WORK FROM HOME CULTURE

NAPOLI STADIUM SAO PAOLO TO BE RENAMED AFTER MARADONA