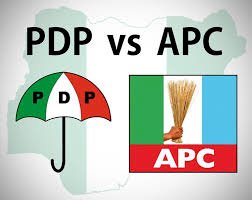 Senator Jibril Walid, a second republic Senator and Chairman, Board of Trustees (BOT), People’s Democratic Party (PDP), has expressed confidence that the determination of the party to find solutions to the ongoing insecurity in the country will make many Nigerians abandon the All Progressives Congress (APC).

Fielding questions at the weekend from newsmen at a wedding reception of the son of the National President of Textiles Workers Union, Comrade John Adaji, the BOT chairman noted that Nigerians need a government that is committed to the industrialisation of the country.

He assured that the APC would have no option other than to pack out of government when the PDP produces its presidential candidate and the zone is known to Nigerians.

Senator Walid said, “We in the People’s Democratic Party (PDP) are very careful and hopeful about the achievements and industrial development of Nigeria.”

He explained that they met and agreed that the national chairman of their great party should come from the north-central, stressing that that one had been achieved, while other arrangements are on the way and are going to decide soon where their presidential candidate would come from.

WILDER AND FURY HAD BEEN ORDERED TO FIGHT A TRILOGY MATCH

PRESIDENT BIDENS’ VACCINATION MANDATES IN THE UNITED STATES HAS A LEGAL...