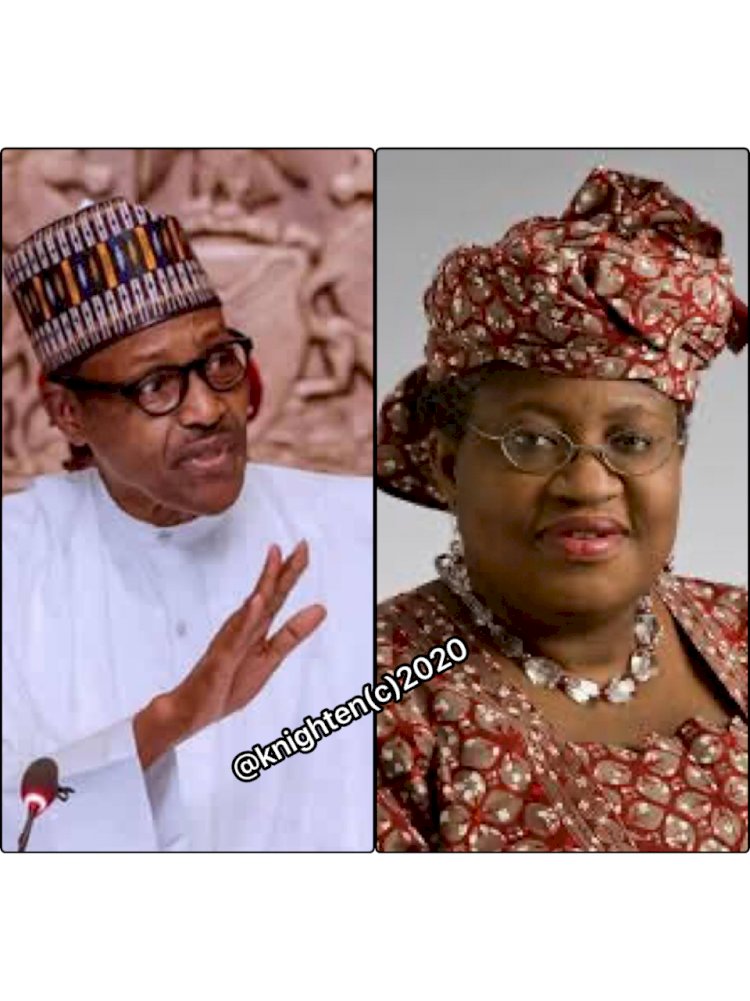 President Mohammadu Buhari recieved one of the leading candidate to head the higest body of trade organization on the world, Dr IWEALA who have served the country in different capacity now vieing for the position of the WTO chair. Although President Buhari didn't include her in his government, he was quick to recognize her brilliance, thus promising her the support of the federal government.

Although, the promise was a common knowledge to every Nigerian,  but is the president willing and ready to actually do what it takes to help her win, can President Buhari go through the rigor it will take to assure her nominations, is President Buhari's  power within the temerity of the World Trade Organisation reach. Can he actually pull the strings to make her win, or the promise to write private letters is just a mere promise with no strength and will power to back it up.

Also Read: DO YOU KNOW A REMEDY FOR #ENDSARS?

The nomination and emergence of the eventually winner is November, it's until then we can actually ascertain the important of the president in the selection process, if the result isn't in fa it of the Nigeria, it means the president couldn't pull the string to eventually make her emerge as the final winner. It's of note that Dr. Iweala had gotten to the final of the selection process by herself and without the help of the government of Nigeria. That means if Nigeria giernmrnt support should be accorded to her now, she's got a massive chance at winning.