Following the suspension of Blessing Okagbhare 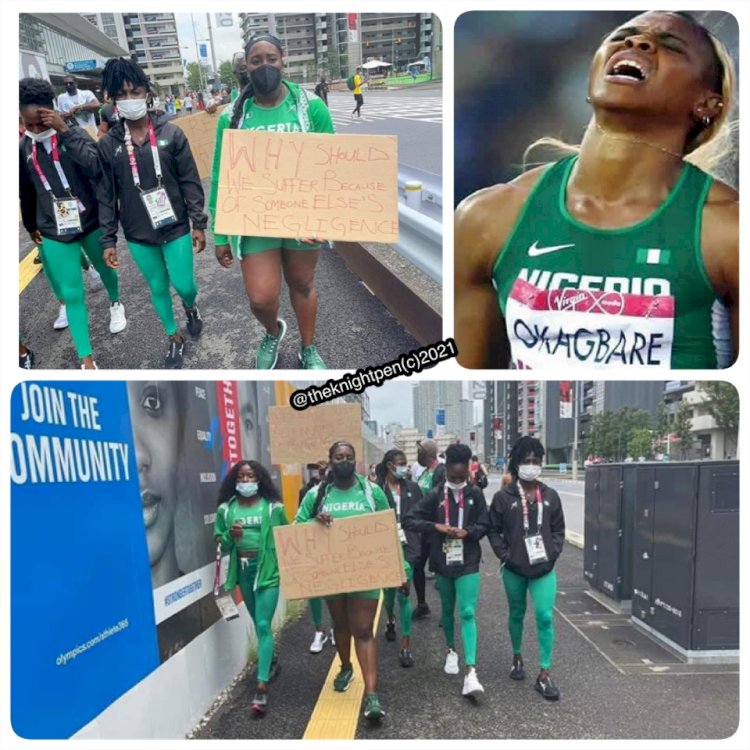 Nigerian top athlete, Blessing Okagbare, has been “provisionally” suspended for doping on Saturday. The ant-doping body said Okagbare tested positive for the prohibited substance in an out-of-competition test on July 19 – four days before the Olympics opened.

The results of that test was received by track and field’s anti-doping body late Friday after Okagbare won her heat in 11.05seconds, qualified for the semifinals of women’s 100m race at the Olympics

“Growth Hormone is a non-specified substance on the 2021 World Anti-Doping Agency (WADA) Prohibited List and a provisional suspension is mandatory following an adverse analytical finding for such substance under the World Athletics Anti-Doping Rules.

“The AIU collected the sample from Ms. Okagbare during an out-of-competition test on 19 July. The WADA-accredited laboratory that analysed the sample notified the AIU of the adverse analytical finding at mid-day Central European Time yesterday, Friday 30 July.

Okagbare’s suspension is coming about 48 hours after the disqualification of 10 Nigerian athletes from the 2020 Tokyo Olympics for not meeting the minimum testing requirements under Rule 15 governing the National Anti-Doping Federation.

But Russia who was out rightly ban from the tournament was given the opportunity to chsnge name and feature all of its athletes under the new name. It's not a surprise that the Russia Olympic committee is among top five medal winner

MADONNA CREATES A SPECIAL MOMENT FOR HIS 90 YEAR OLD DAD ON HIS BIRTHDAY...