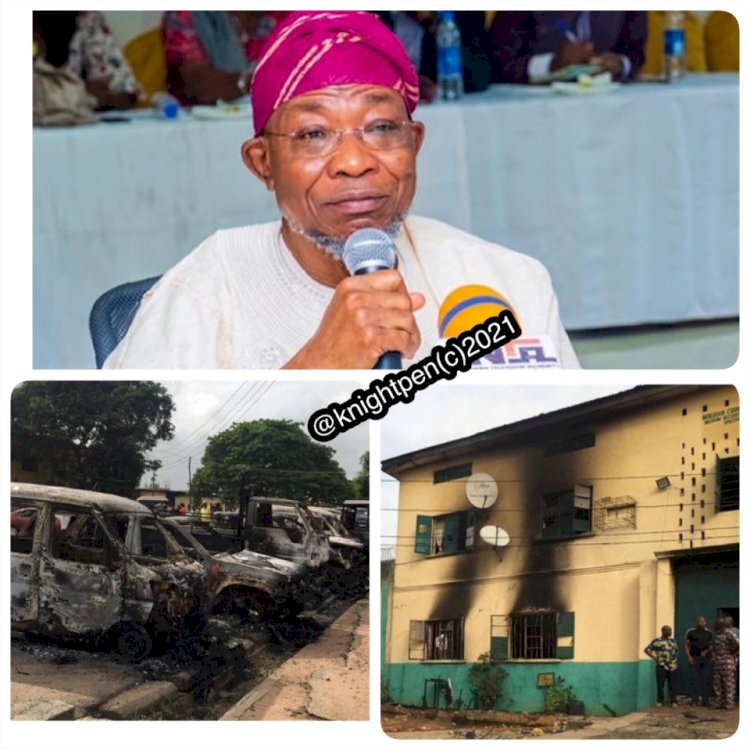 Minister of Interior, Ogbei Rauf Aregbesola, has described the Monday attack and jailbreak at Owerri Correctional Center and the razing of the Imo State Police Command headquarters as the worst in the recent history of the country and an activity that can be categoriesed as a terrorist attack on the integrity of the nation.

The minister, who spoke to journalists in Owerri on Tuesday while inspecting the damage done to the Owerri Correctional Centre, said the federal government would treat the attackers as terrorist and enemy of the state. He further explained that it's becoming a normal norms for criminals and enemy of the state to target correctional centres across the country in order to establish there ailing and nefarious activities.

The former governor of the state of Osun who said that the attackers operated as terrorists, ordered the relocation of Owerri Recreational Club and other structures which he said were posing as a security threat to the premises of the Owerri Custodial Centre. He called on the 1884 inmates who escaped during the attack on the facility  to return to the correctional facility or face the law upon apprehension.

The minister promised anyone who voluntarily returned an amnesty from jailbreaking  punishment and narrated the activities of jail breakers during the EndSARS protest, where custodial centres in Ondo, Osun and Lagos  states were attacked, and the jail breaking attempt was repelled. But the Edo and Owerri attempt was successful due to some reasons he couldn't established at the moment.

The interior minister has witnessed jail breaking activities in his tenure in office more times than the entire history of the country and there's need for him and his good offices to come up with a plan to further strengthens correctional centres to be able to repel further attack targeted at correctional centres around the country.

KELVIN HART LAMEMT ON HOW COMEDY HAS LOST ITS FREEDOM OF EXPRESSION IN...

HOW FBI SOLD ENCRYPTED CELLPHONES TO CRIMINALS TO APPREHEND THEM

OSUN STATE GOVERNMENT REACTS ON YOUTH PROTESTS AGAINST THE EFCC IN THE...